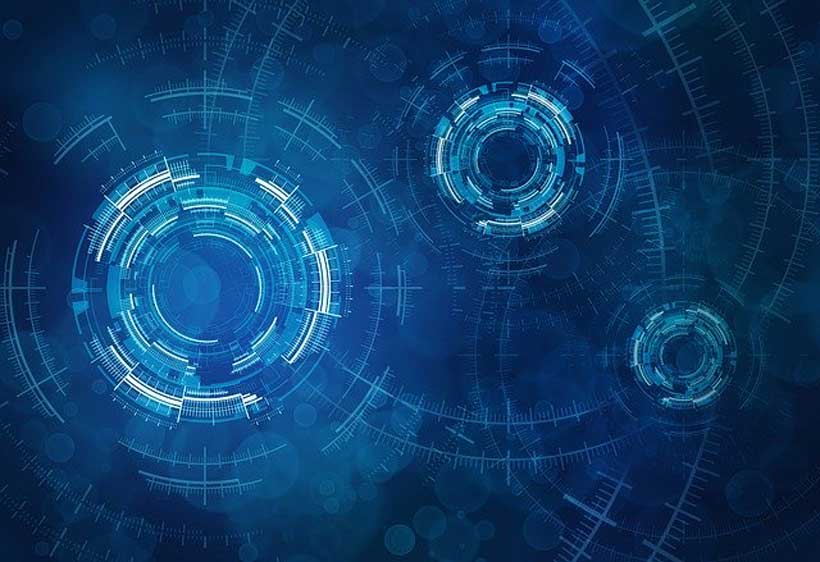 The visit of the Minister of Foreign Affairs of the United Arab Emirates Sheikh Abdullah bin Zayed to Damascus on Tuesday, November 9, 2021, and the meeting with Syrian President Bashar al-Assad, sparked a great controversy that began from the moment it was announced, which was highlighted. by Westerners. Analyzes from outside the region mainly and are necessary (a comprehensive Arab reassessment of the reality of the relationship with Syria and its importance in combating terrorism in the region, and the importance of the current Syrian reality in the Gulf and the Arab world. Calculations.. Security, primarily towards Iran, and the violation of “Caesar’s Law”). The US government imposed an economic blockade on Syria), and various analyzes and speculations about the future of that increased. The UAE’s step, its repercussions and dimensions in Arab and Gulf relations towards the Syrian regime, and whether it represents one of the indicators of moving to another new stage of political action towards opening up to Damascus and returning Syria to it. Regional and international role. Especially with the clarification of the “Emirati-Syrian coordination” shortly before that visit to organize the rapprochement between the two sides, which was manifested by the announcement of contact between the Crown Prince of Abu Dhabi (Sheikh Mohammed bin Zayed and President Bashar). . Al-Assad), as well as an official invitation to Syria to participate in the “Dubai International Fair” and then my meeting with the Syrian and Emirati oil ministers in Moscow.

But what stopped me in that visit to the UAE was probably other events that were not addressed during those analyzes, which caught my attention analytically and academically, and most differently (a foreign researcher, commenting on the same analysis, warned me that the Emirati move is primarily in the interest of the Tehran regime in Iran, and not in Strangling and besieging Iran in its areas of influence and its well-known role in Syria). Despite the strangeness of this analysis, I occupied my mind with another question that must be answered: (The significance of the visit of the Israeli head of the Mossad to Bahrain, and the visit of Emirati officials to Tel Aviv, and this is what is rather, the most prominent question for public opinion is the organization of joint naval maneuvers in the Red Sea with the naval forces The Israeli joint with Bahrain and the United Arab Emirates), in conjunction with the aforementioned visit.

As a result, my analysis mainly focuses on whether that visit took place through (organizing and coordinating with Tel Aviv to rein in Iran in Syria and the region, and attracting Syria to the Arab League, and then collective Arab action again), and rejecting the Gulf and Al-Arabiya. Arab reserves. towards a step closer. I, or I, the Syrian-Iranian, were aiming for a clearer rapprochement of the Gulf with Iran through rapprochement with Syria, as I went to a series of mainly Western analyzes, which I received. Hence, the Egyptian researcher analyzes all of the following:

An analysis of the repercussions of the visit of the Minister of Foreign Affairs of the United Arab Emirates (Bin Zayed) to Syria on November 9, 2021.

And its relationship to the “joint naval maneuvers” between (Israel, the UAE and Bahrain) in the Red Sea on November 10, 2021 regarding the Iranian presence in Syria.

Visit (the head of the Israeli Mossad intelligence service in Bahrain) on the occasion of the joint naval maneuvers with Israel in the Red Sea, with (the visit of the commander of the UAE Air Force to Israel).

Then, finally, analyzing the effects of the Israeli Mossad intelligence movements in the Red Sea on its rapprochement with the United States in front of (China, Russia and Iran).

To answer these questions, you need to check the number of questions, their answer and some other various analyzes, such as:

And the reasons for the UAE to take this step towards rapprochement with Syria, through the visit of the UAE Foreign Minister, “Sheikh Abdullah bin Zayed” to Damascus on Tuesday, November 9, 2021, and the meeting. With Syrian President Bashar al-Assad.

But is this Emirati step (encouraging the rest of the Arab countries to follow in the footsteps of the Emirates) and opening up to the Syrian regime?

What is the fate of the “Syrian opposition to the Emirati-Syrian rapprochement”, and this Emirati move aims to weaken the path of the Syrian opposition, especially the Syrians opposed to the regime of President “Bashar al-Assad”? All ‘outside?

After that, the analysis will remain (the Syrian opposition’s options if more Arab countries open up to the Assad regime).

Will there be a (Syrian-Emirati consensus) on a decisive step (the return of Syrian refugees from abroad and the resolution of their situation with the current Syrian regime)?

Finally, the question that arises about: (the impact of harsh American and international criticism of the UAE rapprochement step with the Syrian regime and President “Bashar al-Assad” on the completion of the remaining Arab steps that seek to integrate Syria and return it to its membership in the League of Arab States)?

In fact, the most dangerous and most important analysis for me remains entirely analytical, which is: (What was raised about the UAE obtaining the green light from the United States of America itself and from the Israeli side before the visit of the UAE Foreign Minister). Bin Zayed “for the Emirates, trying to form a (Gulf – Emirati – Israeli alliance against Iran), and trying to neutralize the Syrian regime in the face of these Iranian moves as an ally closely related to the Iranians?). We can analyze it as follows:

Perhaps what strengthens and supports my recent view regarding “the Israeli-Gulf mobilization with the help of the UAE and Washington’s support to confront Iran through Syria” is (the joint security coordination between Israel and the Emirati and Bahraini naval forces). Conducting joint naval exercises in the Red Sea that lasted for five full days), which began on Wednesday, November 10, 2021, and which coincides with the Emirati rapprochement with Syria, namely:

(There are joint security agreements between Israel, the UAE and Bahrain in dealing with Iran by approaching Syria as an ally of Iran).

As I indicated, the joint naval maneuvers between Israel and the Emirates simultaneously confirm the visit to the Emirates (the continuation of joint security coordination between Israel and the Emirates), and above all to limit Iranian influence. It is noteworthy that the stage of joint security coordination between the Emirates and Israel began three years ago, when the naval forces of the Gulf states, led by the “UAE and Bahrain”, began conducting joint naval maneuvers with the Israeli side. The first of its kind ever with its Israeli counterpart, in partnership with the US Navy.

“Securing the maritime traffic in front of Iran and working to ensure the movement of the straits and maritime navigation in the Red Sea with the help of Israeli security, especially since the joint maritime training operations included cordon exercises and raid tactics.”

This was confirmed by the Central Command of the US Naval Forces, in an official statement, to confirm:

“The Israeli, Emirati and Bahraini exercises aim to enhance the ability to work together between the forces participating in the maneuvers.”

From this it is clear that the joint step of the Israeli-Emirati security coordination, and the subsequent step of the joint naval maneuvers, came after the signing of the “Abrahamic Agreements” in September 2020, and the normalization of relations with Israel by the Israeli government. . Emirates and Bahrain. Since then, it has strengthened relations (diplomatic, military, and intelligence relations between Israel, the United Arab Emirates and Bahrain, as the two most important Gulf states that share Tel Aviv’s concerns about Iran’s activities in the Red Sea and the region).

The most important of them is (the visit of the head of the Israeli intelligence, Mossad, on a general visit to Bahrain, on the occasion of joint naval exercises with Israel in the Red Sea, led by the commander of Emirates Airlines, at midnight). . At the same time also on a first-of-its-kind visit to Israel, October 2021).

In general, the (re-opening of the Emirati and Bahraini embassies in Damascus) in December 2018 was seen as a major shift in Gulf policy toward Syria and was one of the first indications of a more comprehensive normalization. There is no doubt that these steps came after consulting Saudi Arabia. However, it seems that Saudi Arabia, as usual, is taking a cautious and conservative stance against its rapprochement with Syria, for fear of “the Assad regime’s relationship with Tehran.”

At that time, the UAE and Bahrain talked about (the geopolitical benefits of rehabilitating the regime of President Bashar al-Assad). The State of Bahrain confirmed that “the step towards the integration of Bashar al-Assad aims to strengthen the Arab role and prevent regional interference in Syrian affairs.”

The most important analytical question for me is whether Abu Dhabi cut its relations with Damascus completely, given (the continued presence of important pro-Damascus Syrian figures living and working in the Emirates).

In general, this (the constant flow of signals from Damascus and other Arab capitals, especially the Emirates, for rapprochement with Syria) indicates that former opponents of the Syrian government have come close to reaching mutually beneficial agreements with the Syrian government. which they vowed to bring down a few years ago.

Among the most important gains that the Syrian regime will obtain from that rapprochement with the UAE and the rest of the Arab countries (contracts for the reconstruction of Syria and energy agreements), in addition to the markets that will be opened to it in its case. He reconciles with the Arab. Countries that could later pave the way for “a new annexation of Damascus and the restoration of its membership in the Arab League,” which is clearly the most important strategic step for the Emirates and the Gulf states to help Syria return to the “Arab House,” and thus pressure not to approach Iran, because it Competition for the United Arab Emirates and the Gulf countries.

In this context, the Syrian capital, Damascus, hopes (influential Arab voices to exert international pressure to lift the severe sanctions imposed on the Syrian regime), which aims to (punish Syrian officials and Syrian organizations for their alleged involvement in human rights violations.).