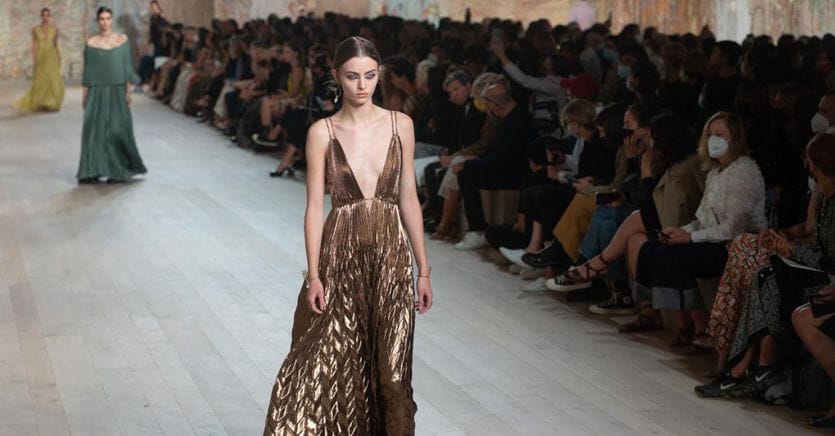 LVMH is not only growing compared to the apocalyptic year of 2020, but also in 2019. The French luxury group experienced a tenfold increase inNet profit for the first half compared to 2020 at 5.3 billion euros, recording an increase of 62% over the first half of 2019, before the outbreak of the epidemic. Bernard Arnault Group revenue increased عائدات by 53% to 28.7 billion, an increase of 11% over 2019, posting a performance broadly in line with analyst consensus which was aiming for €28.4 billion in revenue.

The group boasted an acceleration in revenue growth compared to 2019 in the second quarter, equivalent to +14%, after advancing around 8% in the first three months of the year. Operating result was 7.6 billion (+44% compared to the first half of 2019 and 4 times higher than last year), with an operating margin of 26.6%, an improvement of 5.5 points over 2019. Note from the company also identifies that cash flow has exceeded 5 billion, which is Three times higher than in 2019.

The numbers in detail

More specifically, the fashion and leather goods division, the most important of the group, posted organic growth of 81% compared to 2020 and 38% compared to 2019, reaching a record sales level of 13.8 billion.

However, in the division by geographical region, the United States and Asia rose sharply. In any case, Europe also recorded gradual growth. The operating result was 5.6 billion, which is equal to the lion’s share of the group. This is three times higher than in 2020 and 74% higher than in 2019

As for the individual brands, the luxury collection highlights the performances of Louis Vuitton, Christian Dior, Fendi, Louis and Céline, which achieved record sales and margins. The wine and spirits division recorded an organic increase of 44% compared to last year and 12% in 2019 with a sales volume of 2.7 billion. The run result was 924 million (+68% and +20%).