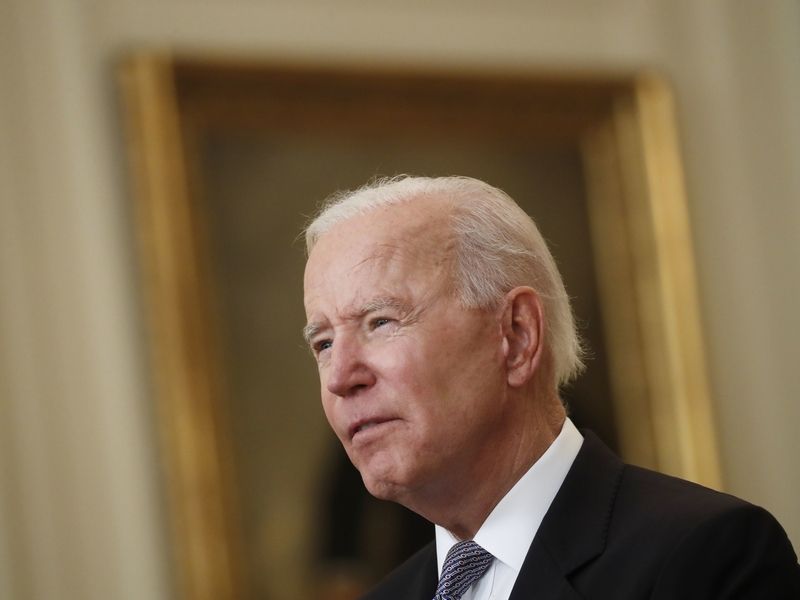 President Joe Biden broadly defended his economic agenda on Thursday, May 27, arguing that his policies had already begun to benefit ordinary Americans and dismissing the business community’s concerns about labor shortages and rising wages.

In a speech at Cuyahoga Community College in Cleveland, Biden cited declining epidemic, faster employment, and consumer demand as indicators of a US “comeback”.

Biden’s political opponents blamed higher prices and the difficulty some companies faced in hiring is the result of the president’s $ 1.9 trillion pandemic relief measure, which increased unemployment benefits and distributed billions in cash directly to households. But the president has argued that US productivity has grown much faster than wages and has not apologized for companies that need to raise wages to attract workers.

“We need to restore the link between the success of our economy, the people who make it, and the hard-working Americans,” Biden said. “Wage increase is not a problem; it is an advantage.”

However, the improvement in the number of jobs, coupled with higher prices for products ranging from wood to used cars, have fueled Republican claims that the government does not need to spend another $ 4 trillion on Biden’s proposals for infrastructure and subsidy reform. Families.

Biden said his administration would soon announce new initiatives to address what he called “supply pressures” in the economy, starting with building materials and “transportation bottlenecks.” He also said the administration would combat “anti-competitive practices that harm small businesses and families.”

He said the investments he proposed would keep the United States ahead of competitors it already spends on its infrastructure, with Japan, Canada, Italy, France and the European Union listed as having made improvements in infrastructure and research and development.

He said, “The epidemic revealed the urgent need to invest in establishing this country and its workers.”

While many Republicans are interested in financing the construction of roads and bridges, they are opposed to raising taxes to pay for Biden’s other plans, such as expanding access to the community or kindergarten for all. Republicans say such increases could jeopardize any emerging economic recovery.

A group of Republican senators led by Shelley Moore Capito of West Virginia made a counter-bid of $ 928 billion on infrastructure on Thursday, but the plan only includes about $ 257 billion in federal spending beyond what Congress should have actually issued. A trillion dollars. Biden’s latest proposal.

In his speech, Biden dropped the disappointing April employment report, saying instead that the US had added an average of 500,000 jobs for each month of the first three months of his presidency.

Biden called again for raising the minimum wage to $ 15 an hour, a move that would require Congress to take action. He reiterated his plan to impose higher rates on the wealthy and corporations – a key point in his plan to finance what the White House describes as transformative and historic investments for the country.

READ  Looking at the US, Google is against stressing husbands of workers who are waiting for a green card

“The American people realize that the economy we had before the pandemic left a lot of people behind and that more and more families were controlling middle-class life – and the security it provided – was precarious,” said Mike Donilon. A senior advisor wrote to Biden in a note. “They know that we simply cannot turn back the clock as we were before.”

Donilon has cited a number of independent polls showing that some of Biden’s tax plans and infrastructure are popular with a majority of Americans.

Tri-C was supposed to be a Biden campaign site in March 2020, before it was canceled when the pandemic broke out and social distancing practices were adopted in the United States.