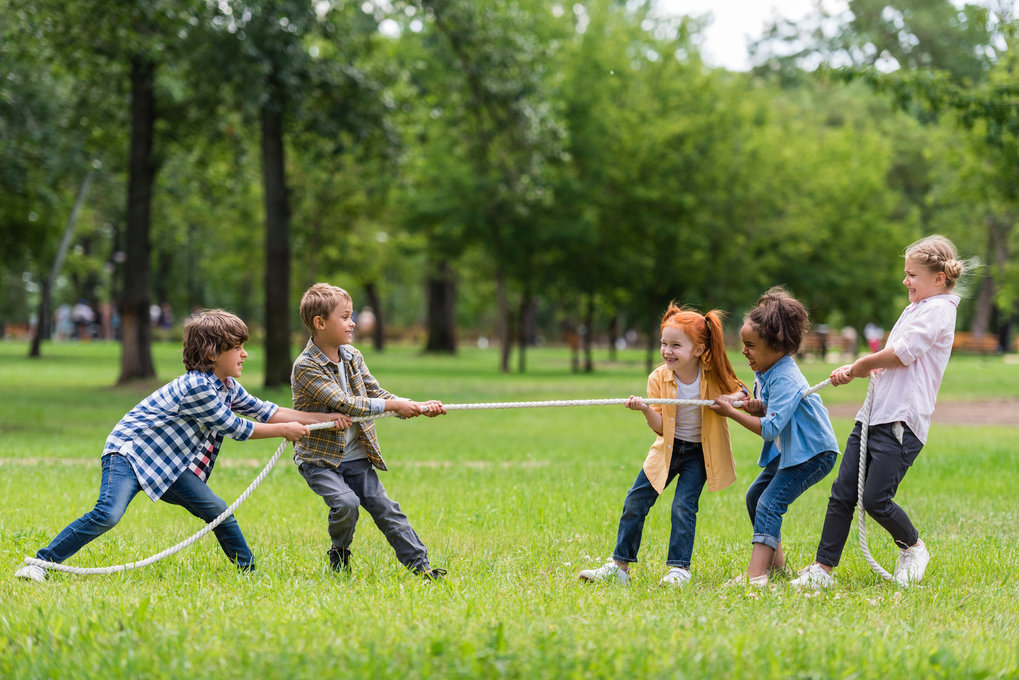 Games reflect the culture in which you live

Play is important for developing complex social, emotional, physical and cognitive skills. Play provides young people with a safe environment to try out new behaviors without risk. While most animals play, the games are only based on rules in humans. The types of games people prefer, against each other or in cooperation, may vary between cultures. In a new study, researchers from Leipzig, Jena, Gera and Australia evaluated historical data to answer the question of whether games played by different cultures allow conclusions to be drawn about the extent to which these cultures cooperate.

People play all over the world, but not the same way everywhere. Alternatively, people also use games to preserve culture-specific information and pass that information on to others. When you think about the last game you played – was it a cooperative game, a competitive game, or a game you played yourself? “If you live in Germany, it is very likely that you have played a competitive game that stimulates competition among other players,” says Sarah Listerer-Peoples, a researcher at the Max Planck Institute for Evolutionary Anthropology in Leipzig. “We believe games reflect aspects of human cultures, such as how competitive or cooperative a particular culture is.”

Previous studies indicate that hierarchical social cultures with differences in status and wealth tend to play competitive games, while in egalitarian cultures with little or no differences in status and wealth, cooperative games are more likely to be played. However, previous studies have examined this relationship only using a small number of cultures. In a new study based on historical data, researchers from Leipzig, Jena, Gera and Australia have now examined whether the games played by different cultures allow conclusions to be drawn about the extent to which these cultures cooperate.

Historical perspective on Pacific cultures and their games

As a first step, the research team sifted through a database of historical games played by different cultures from the Pacific region. The cultures represented in our study lived over a large geographical area extending across the entire Pacific Ocean. They were quite different, but also had similarities, which made it possible to compare different aspects of these cultures, “If two groups live in a neighborhood, they may share some traits, such as how they get their food. But in other aspects, for example The example with respect to their social norms, they can differ from each other.”We have tried to resolve these differences without losing sight of the similarities,” Lister Peoples says.

In a second step, the researchers identified characteristics of cultures that indicate their willingness to cooperate. “One of the difficulties with historical data is that you cannot go back in time to meet people from different cultures. Instead, we have to rely on historical documentation of these cultures,” Listerer Peoples says. For example, the team studied how hierarchical cultures are socially structured, how often members of one culture conflict with each other, how often cultures conflict with other cultures, and how often members of a community hunt and fish together. “These are real indicators of cooperative behavior,” says Lister Peoples. In this way, the researchers were able to identify 25 different cultures for which historical information was available on both current games and related cultural characteristics.

The researchers found that cultures that often clashed with other cultures exhibited more cooperation than competitive games. On the other hand, cultures in which there is frequent conflict within society had stronger tendencies towards competitive versus cooperative games. From the games played by these cultures, researchers have not been able to reliably deduce how cultures construct social hierarchies and how hunting and hunting are socially observant.

“At first glance, these results do not seem intuitive, but they make sense with regard to theories about the development of cooperation in cultural groups. In times of conflict with other groups, individuals depend on each other. Cooperation is especially important here. This was reflected in the type of games played – Games in which groups compete with other groups. On the other hand, if there are more conflicts between members within a group, more competitive games will be played.” “Our results indicate that the games we play reflect the cultural characteristics of the society in which we live.” Games depict real-world behavior and can be a way for children to learn and train group-specific norms.

“Science thrives on replicating previous findings. It is therefore important that future studies collect data from other parts of the world and from today’s society and evaluate them in the context of the research question. In addition, we do not yet know whether the relationship between preferred games and the degree of cooperation between cultures It is still relevant to gaming culture today. Store-bought games and video games have long gone beyond the traditional games children play in their spare time. So future studies should examine not only the extent of cooperation or competition in the game, but also the specific skills that It can be learned through games.” “This is just the beginning when it comes to studying games in different cultures. There is so much to discover!”