Lavrov expressed Russia’s rejection of the restrictive and coercive unilateral measures that some countries are promoting against the South American country. 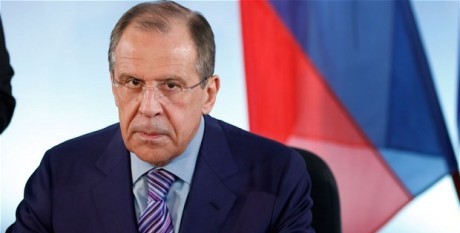 Russia rejects US actions against Venezuela’s development. Foreign Minister Sergei Lavrov also emphasized Moscow’s support for Caracas’ proposal to create a group of like-minded countries that would resist US policies.

Lavrov told his colleague Felix Plasencia on Monday that Russia stands in solidarity with the government and President Nicolas Maduro in their fight against attempts to alter the development of the Venezuelan state through external pressure and the use of illegal unilateral sanctions. In a joint press conference, within the framework of the official visit of the Venezuelan Foreign Minister to Russia, Lavrov expressed his country’s rejection of the restrictive and coercive unilateral measures promoted by some countries against the South American country. Lavrov also stressed that his country will support “efforts to promote national dialogue” in Venezuela, which, according to him, is currently on a positive path ahead of the elections. The title added that Russia will continue to provide constructive assistance in the peaceful resolution of differences between Venezuelans, while respecting national sovereignty. “We highlight the open and effective position of President Nicolas Maduro and his government within the framework of the dialogue that took place in Mexico,” he said, drawing attention to the importance of the success of these negotiations with representatives of the Venezuelan opposition. He added that Russia supports Venezuela’s desire to “determine the future development of its own country”, and appreciates the two countries’ interaction “on the fundamental issues of our time such as respect for state sovereignty, respect for the central role of the United Nations or non-interference in internal affairs.”

Lavrev stressed Moscow’s support for Caracas’ proposal to create a group of like-minded countries that confront and oppose such policies, with the aim of mobilizing the international community against them. For his part, Plasencia, on behalf of the government and people of Venezuela, expressed his gratitude to Russia for its overwhelming support in rejecting the United States’ imposition of unilateral coercive measures.

“I would like to thank the Russian Federation for the tremendous support of Venezuela, the government of President Nicolas Maduro, and the Venezuelan people against the application of unilateral coercive measures by US government agencies,” Placencia said.