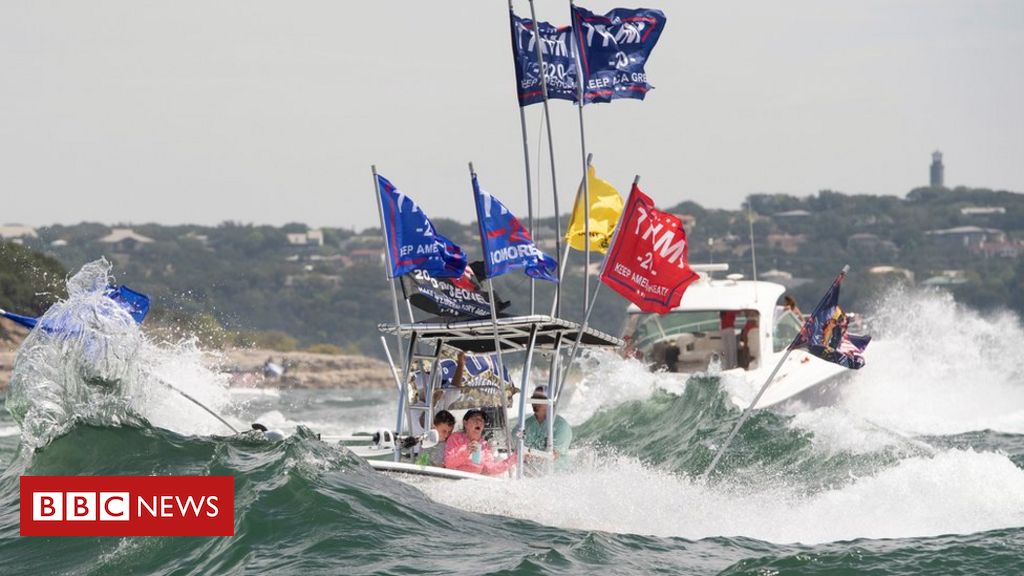 Several boats sank in a lake in the US state of Texas during a show of support for President Donald Trump in the November elections, officials said.

Authorities say the choppy water was likely due to the large number of ships moving closely together at Lake Travis, near the state capital Austin.

Media say people must be rescued from the water, but there were no immediate reports of injuries.

The event, called Lake Travis Trump Boat Parade, was staged on Facebook, and more than 2,600 people marked themselves as attending.

An investigation has begun and there is no evidence of any intentional action, said Christine Dark, a spokeswoman for the Travis County sheriff’s office.

“We have responded to multiple calls for boats in distress, many of which have sunk,” she said. “We had an extraordinary number of boats in the lake today … When they all started moving at the same time, it made big waves.”

Paul Yura, of the National Weather Service in Austin / San Antonio, told The Associated Press that there were no storms in the area at the time of the show.

More about the US elections