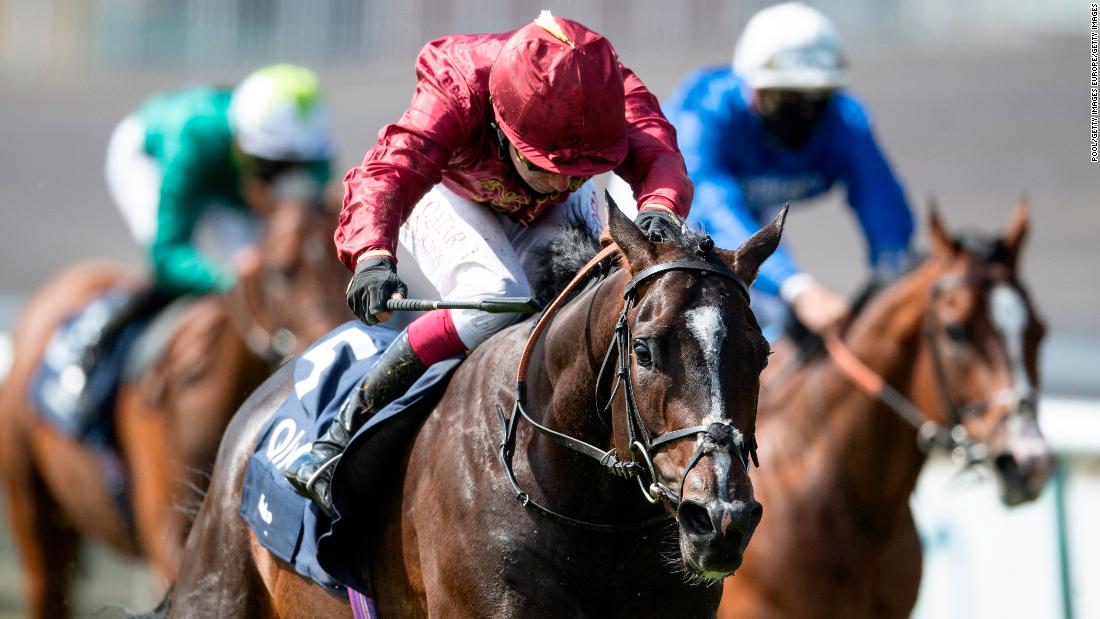 Jockey champion Oisin Murphy drove coach Andrew Balding into the lead in the final half of famed Rowley Mile, to transfer Frankie Dettori to Wichita to second.

Charlie Appleby’s Pinatubo, undefeated in six races as a two-year-old and with a higher official rating than the legendary Frankel, had all the chances under joker William Buick, but couldn’t find that accessory when it mattered.

Murphy, the winner of his first classic, kept Wichita in the bay with an impressive twist of his feet, and his horse, owned by Qatari Sheikh Fahad al-Thani, was set as the favorite for next month’s Epsom derby.

Balding, who had confidence after Kamek’s impressive performance in the final race as a two-year-old, is now awaiting the biggest prize in the English straight race.

“For me, it seems an obvious choice, there would be a doubt about the consistency, but there is only one way to find out,” he told ITV Racing.

Wichita, beaten by the neck, wanted to give prolific coach Aidan O’Brien the 11th win of 2,000 Guineans, but Murphy had too many hands despite Kameko hanging on the right in the final stage.

“It means the absolute world to me, it’s dream stuff,” Murphy said.

“It was a creepy performance. He barely extinguished the candle after that – he must have tremendous ability.”

With his horse previously standing compared to the great Frankel, who won 2,000 Guineas in 2011 and was undefeated in 14 starts, Appleby was left to digest the shock defeat, the winner beating the winner the entire length.

“I’m obviously disappointed because this is the first time a horse has been beaten in his career, but at least he hasn’t fallen off his back into a calf,” he said.

It is likely that Pinatubo will now be focused on the roles of St. James’s Palace at the famous Royal Ascot meeting later this month, Appleby confirmed.

Horse racing returned to Britain earlier this week after the coronavirus lock.

As with other sports, the action takes place without spectators and strict hygiene rules.

That meant a delayed start to the classic season, with Epsom Derby retiring by a month, even though Royal Ascot kept their traditional place on the calendar.