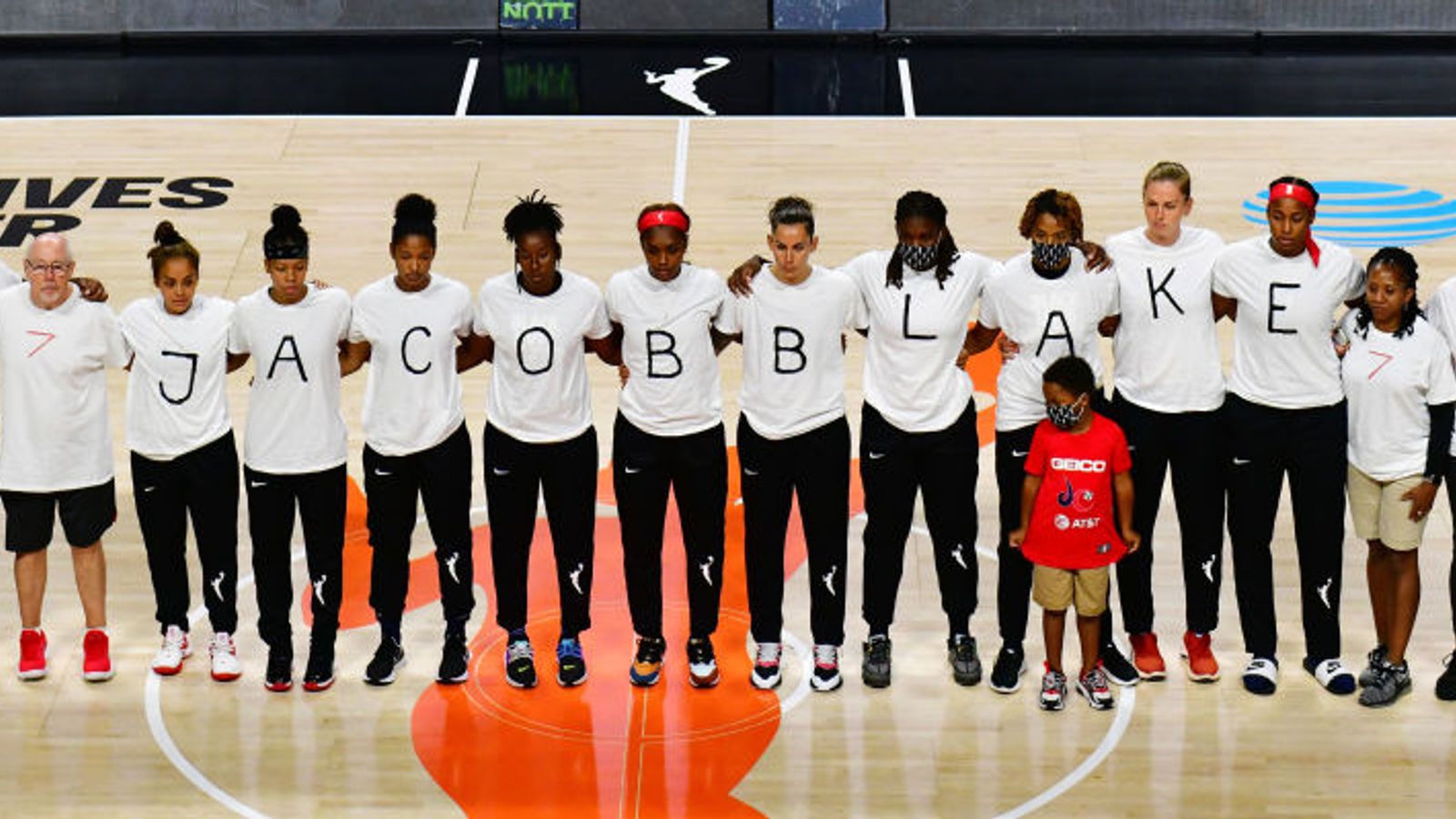 The NHL is the latest major US sport to call off games as athletes protest against racial injustice following the police shooting of Jacob Blake in Wisconsin last week.

NBA players have agreed to resume the postseason, according to reports, but Thursday night’s three playoff games will not take place.

The players decided to end their boycott and resume the NBA playoffs in a meeting on Thursday.

A second night of WNBA games were also postponed and other teams and sports pondered whether they would play on.

“This is not a strike. This is not a boycott. This is a affirmatively day of reflection, a day of informed action and mobilisation,” WNBA players union president Nneka Ogwumike said on ESPN.

Former US president Barack Obama wrote on Twitter: “I commend the players on the Bucks for standing up for what they believe in, coaches like @DocRivers and the NBA and the WNBA for setting an example. It’s going to take all our institutions to stand up for our values.”

Tennis player Naomi Osaka has opted to play her re-arranged Western & Southern Open semi-final against Elise Mertens on Friday, after initially withdrawing, saying “before I am an athlete, I am a black woman”.

She reconsidered her decision after organisers suspended play for Thursday to show solidarity with athletes from other sports.

Blake was shot on Sunday in Kenosha, Wisconsin – 40 miles from Milwaukee – in the back, and the incident was captured on phone video, igniting new protests over racial injustice in several cities.

Wednesday’s multi-sport response began when the Milwaukee Bucks boycotted their play-off game against the Orlando Magic.

Leading 3-1 and needing one more win to move into the Eastern Conference semi-finals, the Bucks did not emerge from their locker room for practice ahead of game five.

The NBA swiftly postponed its two other play-off games scheduled for Wednesday night between the Los Angeles Lakers and Portland Trail Blazers and the Houston Rockets and Oklahoma City Thunder.

Baseball matches between the Cincinnati Reds and Milwaukee Brewers in Milwaukee, and between the Seattle Mariners and San Diego Padres in San Diego, were also postponed.

“The players from the Brewers and Reds have decided to not play tonight’s baseball game,” players from both teams said in a joint statement.

“With our community and our nation in such pain, we wanted to draw as much attention to the issues that really matter, especially racial injustice and systemic oppression.”

The remaining major league matches set down for Wednesday were either in progress or just about to start when the announcements were made.

Former world No 1 Osaka later announced her withdrawal decision on Twitter, hours after qualifying for a semi-final against Belgium’s Elise Mertens in the last lead-up tournament to the US Open, which begins on Monday.

Osaka wrote on Twitter: “Watching the continued genocide of Black people at the hands of people is honestly making me sick to my stomach.”

The WNBA followed the NBA’s lead by also postponing its three scheduled Wednesday matches, before Major League Soccer announced the postponement of five of its six scheduled fixtures.

Bucks senior vice president Alex Lasry wrote on Twitter: “Some things are bigger than basketball. The stand taken today by the players and org shows that we’re fed up. Enough is enough. Change needs to happen.”

The Milwaukee Bucks’ decision to boycott their first-round playoff game in protest over the police shooting of Jacob Blake has sent shockwaves through the sports world.

Two-and-a-half hours before the scheduled tip-off of Game 5 of the Milwaukee Bucks’ first-round playoff series with the Orlando Magic on Wednesday, Giannis Antetokounmpo left the locker room in practice gear and walked toward the court inside the main arena at the NBA restart. He wore a serious game face, which was unusual, but it was a hint.

A few minutes later, the reigning MVP made a U-turn, without pregame workout sweat, the first sign that something was up. He was joined by Khris Middleton, and when those All-Stars returned inside the locker room, they did not emerge again for five hours, well after they and their team-mates shook the NBA and the sports world.

“The MLB, MLS, NBA, WNBA and WTA protests are player-led, peaceful, powerful ways to use their respective platforms to bring about the urgent need for change in our country.

“There have been a number of efforts in the past to send a message that the current climate is unacceptable, and these teams, leagues and players now taking this step will help draw further attention to the issues that really matter.

“The PGA TOUR supports them – and any of our own members – standing up for issues they believe in.

“The PGA TOUR made a pledge over the summer to be part of the solution, and we have been actively working to make deeper and more specific commitments to racial equity and inclusion in the communities where we play, as well as supporting national organizations within this movement that we had not previously engaged with.

“However, we understand that now is not the appropriate time to highlight our programs and policies, but rather to express our outrage at the injustice that remains prevalent in our country.

“Sports have always had the power to inspire and unify, and we remain hopeful that together, we will achieve change.”