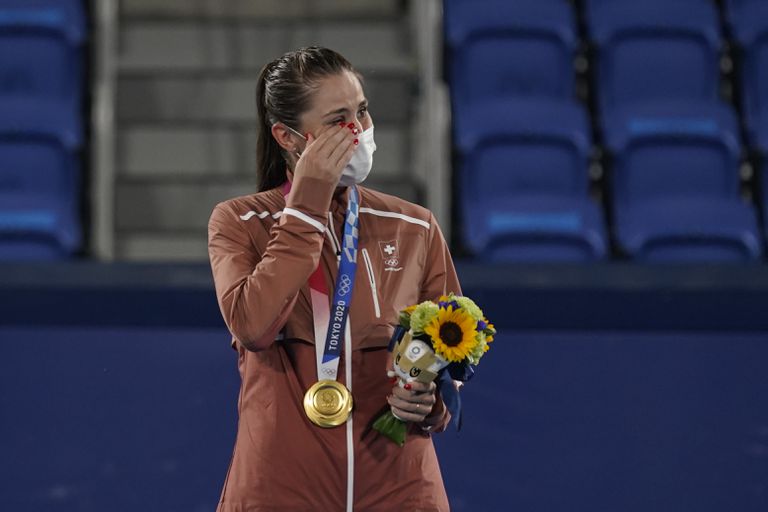 Tokyo (AFP) – Switzerland won a gold medal in singles tennis at the Olympic Games. And the person who hung it around his neck wasn’t Roger Federer or Stan Wawrinka.

Bencic’s best ever result was the semi-finals of the 2019 US Open.

When Vondrosova’s return passed with a long backhand on Bencic’s second game point, the Swiss collapsed onto her back, before taking off the ball.