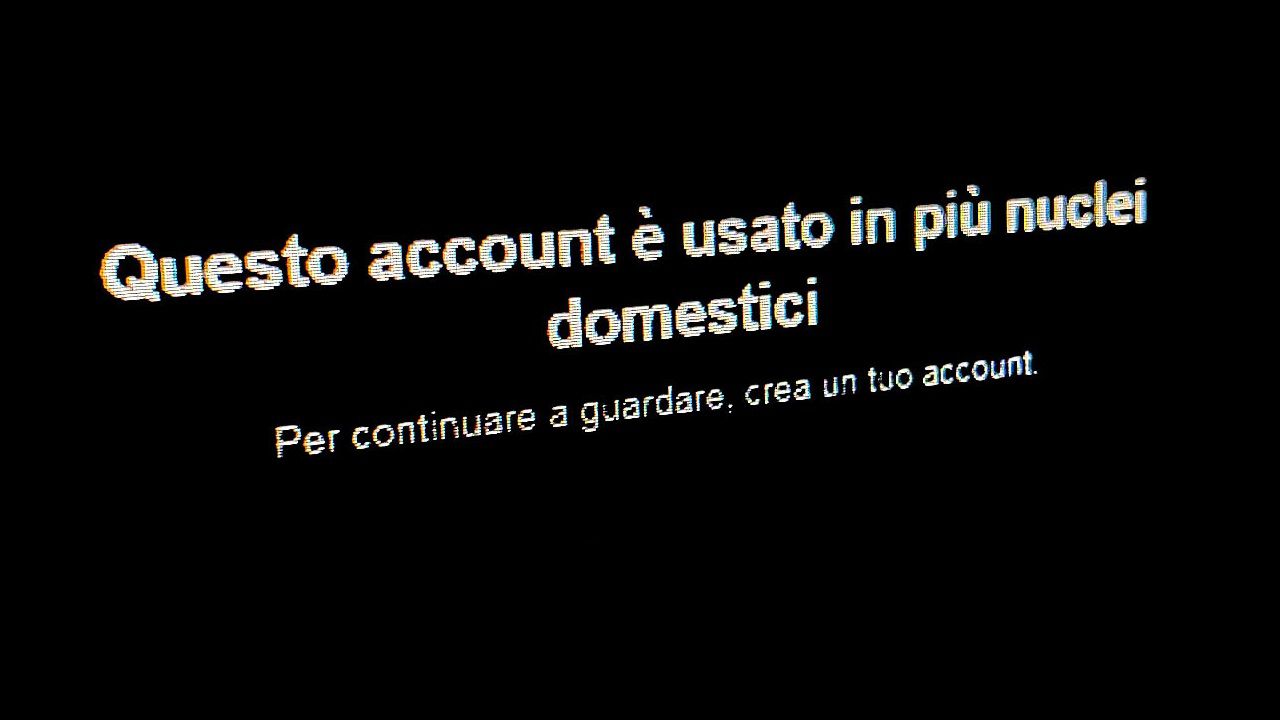 The question has been on the air for a long time now: Discontinuing Netflix co-subscriptions has been around the corner for years. However, as of August 2021, it appears that this practice has not stopped completely yet. However, something tangible seems to be moving, views Some reports have arrived from Italy.

More precisely, some people claim to have seen a specific message appear on the screen: “This account is used by several families“The warning would have appeared for many users, although it is not clear if Netflix is ​​actually conducting tests of this kind with a small number of users (there is no official confirmation on this at the moment).

Anyway, it appears that those who watched the affected screen appear Create another account to continue using Netflix. In fact, Reed Hastings had introduced a special button “subscribe now‘, to try and encourage users to get their own subscription.

Alternatively, if any “incorrect” connection occurs, Netflix appears to allow users Verify your identity by email address or SMS, in order to restore your account. In some cases, the presence of a button “check later‘, but it is not clear how it works. In short, it appears that Red Hastings is starting to ‘take action’, albeit perhaps in a ‘light’ way.

However, we would like to define it in more detail Currently, no official confirmations have arrived. There are reports from users, but in any case we invite you to take this information with extreme caution, awaiting any official communications from Netflix regarding the long-standing and complex issue of shared accounts. For the rest, there is also a “discussion” related to VPNs.