Iran and the West – Europe of the future 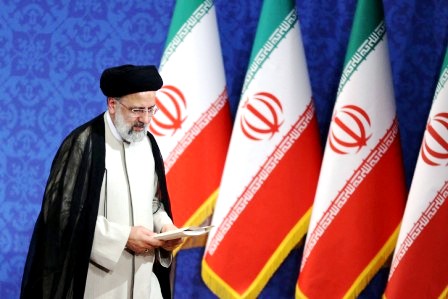 The victory of the extremist Ebrahim Raisi in the Iranian presidential elections worsened the image of relations between Tehran and the United States and the West in general. A fanatic, as head of the judiciary he once held, Raisi has made himself responsible for the harsh suppression of political opponents and considered Delfin Ayatollah Khamenei, the pure conservative and hard-line. Rouhani, a major predecessor, was a relative moderate, an advocate of a policy of approaching the West, and supported by a good majority in parliament, he was able to promote and conclude the landmark nuclear deal. Then unfortunately came Donald Trump, who blew up the agreement and intensified the economic sanctions that weigh heavily on the economy and thus on the well-being of Iranians. A major election is one of the poisonous consequences of Trump’s follies.

Some political commentators put forward the hypothesis that the “strongman” in the Iranian presidency would make it possible to positively resume the nuclear negotiations, which have been frozen for the time being, since Raisi should not be afraid of being criticized by the right either. weak. Hope I’m wrong, but it seems naive. Regardless of the new president’s extreme positions, power in Tehran is increasingly in the hands of Khamenei and the Revolutionary Guards. They know that the sanctions are very heavy and would like to abolish or reduce them, but the political and religious aspect remains prominent and I don’t think they are willing to make real concessions in exchange for some economic advantage. But Raisi immediately showed his papers and chose Askari Wahidi as Minister of the Interior. He is on the list of those responsible for the bloody attack in the 1990s against Jewish associations in Buenos Aires. The Argentine government protested, but it’s talk in the air.

Therefore, reliable experts on Iran predict a stormy future in relations between Iran and the United States and the West in general, as well as with Israel and Saudi Arabia: the continuation of the nuclear program, which in any case is considered too advanced, according to some, support for Hamas-like movements in Lebanon, Syria and Palestine ( Hamas has already started sending rockets into Israel again.)

All of this will pose serious problems in the short and medium term for the new Israeli government, and of course the Biden administration, which will in no way be able to remain stagnant in the face of the mounting danger.

© Future Europe® The images used are taken from the Internet and are evaluated in the public domain: To report any inappropriate use, write to the editorial team