Investigation of anti-Semitic incidents in Britain 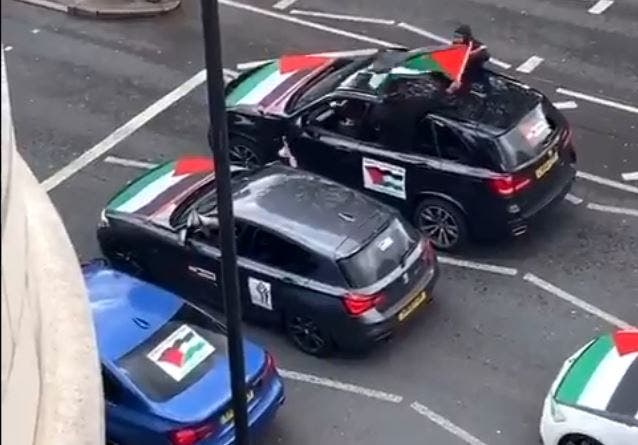 London, England. British police are investigating videos that appear to show people shouting anti-Semitic insults from cars driving on the streets of London.

The videos, posted on social media on Sunday, show several cars covered in Palestinian flags driving through the north London neighborhoods where many Jews live.

At one point, he heard an individual shout “Let’s go rap the girls!”

In a statement, the Metropolitan Police You mentioned, “We are aware of a video tape showing people in a motorcade chanting anti-Semitic rhetoric in St. John’s Wood.”

Our employees are investigating urgently to identify those responsible. He added that this kind of behavior will not be tolerated.

There is no place for anti-Semitism in our society. Before Chavot, I stand with British Jews who must not endure the kind of shameful racism that we have seen today.

first Minister Boris Johnson They condemned the images that appeared shortly before Shavut’s Jewish feast.
“There is no place for anti-Semitism in our society,” Johnson said on Twitter.

“With the proximity of Chavot near, I sympathize with the Jewish community in Great Britain, which should not suffer from this kind of shameful racism as we have seen today.”