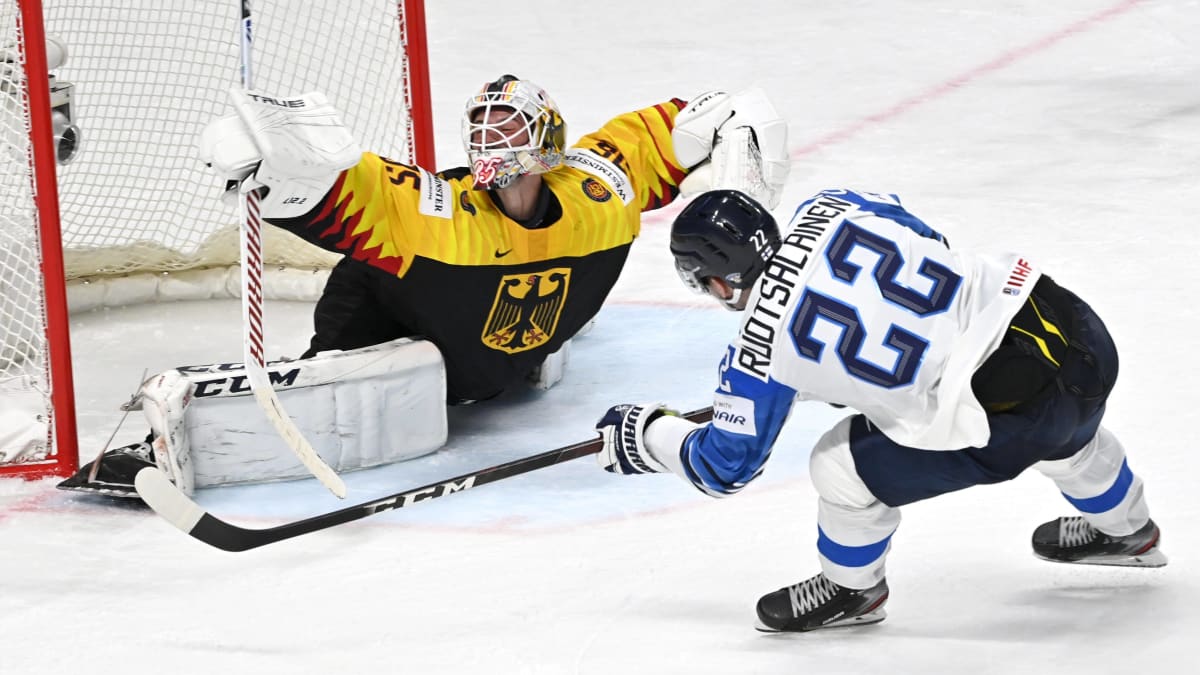 In the fifth championship match in Riga, DEB conceded its second loss at 1:2 in a close match against Finland.

For the first time in the tournament, national coach Toni Söderholm rotated outside the goalkeeping position in the match against Finland: in addition to Raichel (after checking the head), Bergmann and defender Brandt also received a break. Instead, Petrka started, who moved to the line of Neubels and Föderl, as well as Eder and Fischbuch. This was the first time the three had appeared at the World Cup. This was the first time that a DEB team in Riga had acted with seven defenders and 13 strikers. Number one Niederberger started again in goal, Treutle sat on the bench for the first time as a backup.

Third: Finland is disciplined and frozen

The Finns got off to a better start, putting in a lot of pressure and barely letting the DEB team develop. Germany’s first shot on goal came just over five minutes later – it was already 1-0 to Northern Europe: in strong play – Seider was in the penalty area), young star Lundell needed just eight seconds after a pass from Sunde to Niederberger with perfect position to overcome the drop. direct (7.). Only then did the German team enter the game a little better, and Seder moved from the right half (14th place), as did Rieder a little later (17th place).

The middle section is designed similarly to the second half of the first trimester. Finland continued to play very strong defensively and created very few chances for German shots. However, the German team equalized in the 28th minute. Loibl left the opposite third on the blue line for Holzer, who immediately withdrew. Because Moritz Muller was in the crossfire and goalkeeper Olkenora took his eyes off the puck, and the ball landed right in the middle of the goal. In the tactical game at a high level of running, it was a tie until the end of the second third.

In the final section, both teams got another chance at strong play, as Germans Nobles and Loebel came close to scoring. But the decisive goal came right after the Finns on the other side were outnumbered. In a double match, Lundell was served by classmate Ruotsalainen – Ryder’s teammate at Buffalo – who scored 2-1 dry (52).

After the lead, Finland was initially in front, and Inala freely ceded 3:1 to Niederberger – also because the goalkeeper held attentively (53rd place). In the last two minutes, Söderholm took his goalkeeper off the ice in favor of an additional field player. The German team surrounded the Finnish goal until the last seconds, but the equalizer did not fall.

On Monday (3:15 pm) against USA or at the latest on Tuesday (7:15 pm) against hosts Latvia, the German team must definitely score points in order to make the perfect quarter-final.