Heated room for 0 euros: the heroes of warmth from the Ahr Valley | regional 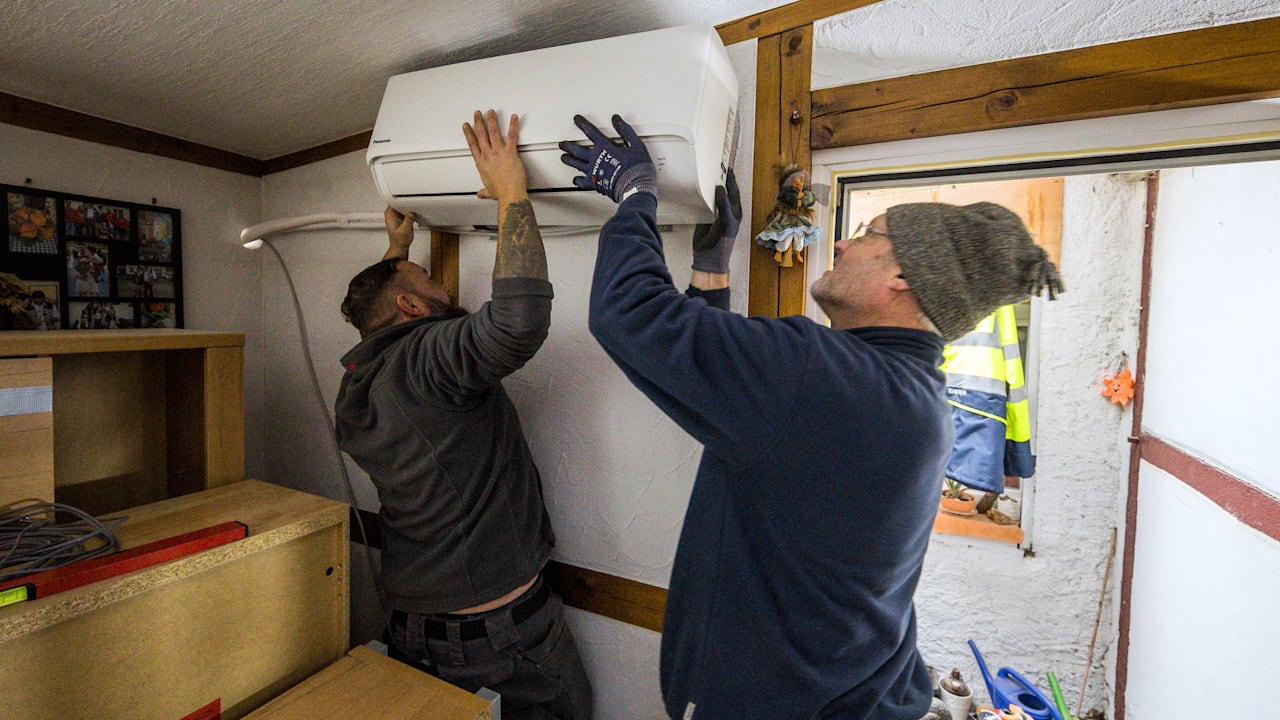 “Air conditioners can heat up to four times more efficiently and are more energy efficient than fan or electric heaters,” the assistant explains from the start.

Just two days after the flood, Eckel drove a caravan loaded with seven tons of relief supplies, donated by the Rodjauer family, to the flood zone. Other relief efforts followed.

▶ ︎ When temperatures dropped once in August, it became clear that it would soon be cooler and the next disaster was looming here.

Eckel and his colleagues asked air-conditioning providers to donate the devices.

Through the Association of Refrigeration and Air Conditioning, mechanics come from all over Germany who install appliances on site free of charge. The value of this measure is 3.5 million euros.

Those affected only have to fill out a simple form and, if necessary, obtain a signature from the owner. Then you get the system for free and built in forever, practically as a gift.

BILD escorts two mechanics to Erika Sonnenstedter (60), where they install the air conditioning system number 578. Your home in the middle of beautiful Ahrweiler is like a ruin on the ground floor.

▶ ︎ She talks about the night of the flood: “At first we still hoped that our city wall would keep the flooding as always. But suddenly water flowed everywhere through the streets, and the city gates could not hold the water blocks. My husband tried to push himself towards the front door, But he ran from behind. We ran to the first floor. But the water slowly crept up the stairs.”

▶ ︎ Fortunately, the first floor was saved, but the house was initially uninhabitable. Erica Sonnenstaedter and her husband stayed with her daughter. Now she is happy with the warm room on the first floor, if the electricity comes next week, the couple will go home.

Marco Grunwald (38): “I always stay here for a maximum of four days for work. Although I am a difficult dog, the stories of those affected take me away. A young woman, for example, was still able to save herself on the roof, She told me how she ended her life. Or the man who waved to his neighbor across the street through the window before the tide washed away the whole house. You just can’t stand it.”