Health rules are changing in France: a mask has become mandatory in many places 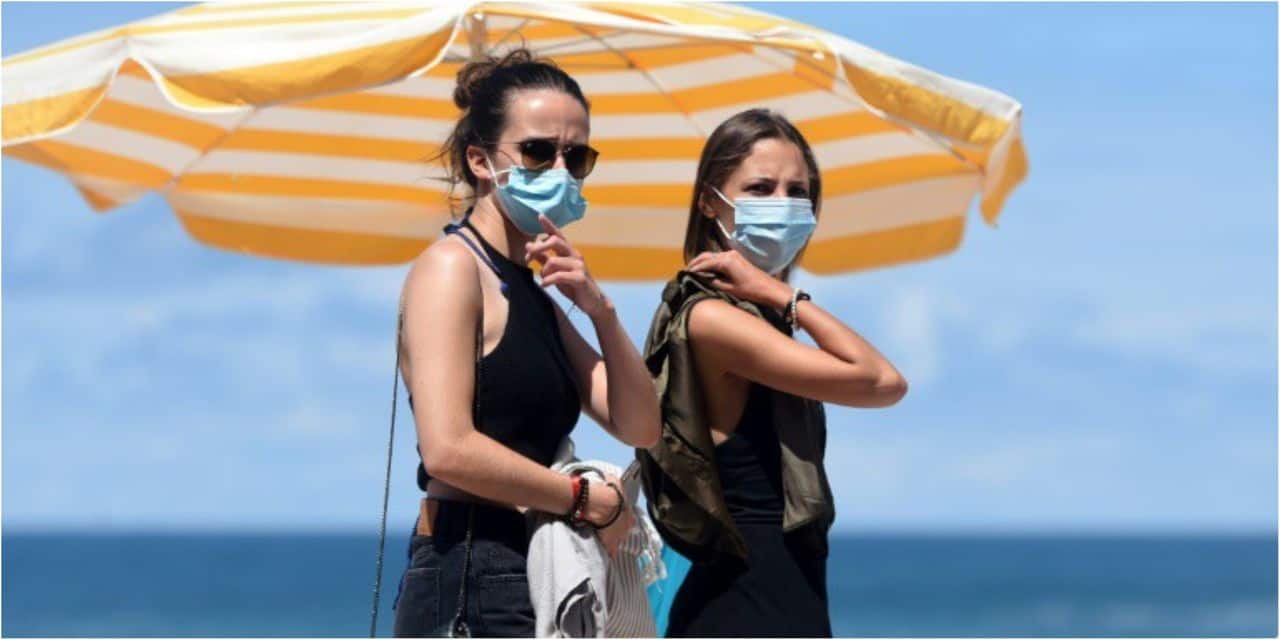 The prefectural authorities of Vendé, Charente Maritime, Landes and Pyrenees Atlantic recently issued similar ordinances relating particularly to areas frequented most in summer such as the islands of Ré, Oléron, Hossegur or Biarritz.

In the Gironde, this obligation is accompanied by a ban on the consumption of alcohol on public roads (except for authorized terraces) which comes into force on Wednesday, until August 31, in resorts such as Lacanau, Liege Cap Ferret or Arcachon. Gardens, parks, natural spaces, and beaches are exceptions. According to the prefecture, the infection rate in Gironde reached 314 positive cases per 100,000 residents, compared to only 40 two weeks ago.

This rate is higher in Haute-Corse (699 per 100,000 inhabitants), where the prefecture has also taken new curb measures: wearing a mask has been made mandatory since Tuesday in “dense places”, that is, the most crowded streets. Through the main road passes the cities of the department, including Bastia. But on the streets of Bastia, the procedure was not known to everyone, according to an AFP journalist.

For Alexandra, the Corsica resident who discovered the new rule, “The government allows us free time for the summer, to keep the economy going, which is good in itself, especially for tourism in general. Again we say we’ve done anything.”

“We put up with it like everyone else,” Ofili, a Strasbourg resident on vacation, says, sitting on Bastias’ balcony.

Gatherings of more than 10 people after 9 pm are also prohibited. On beaches and natural areas to avoid night parties.

The Pyrenees Orientale department, which is highly touristy and located on the border of Spain, was the first to re-wear outdoor masks in mid-July, with the exception of the beach and large natural spaces.

In this department, which last week recorded the highest incidence in the French capital, the mask became mandatory on Saturday in places subject to a health card. Additionally, bars and restaurants continue to close at 11:00 p.m.

Outdoor mask-wearing has also been extended in neighboring Aude County, particularly in places with heavy traffic, such as the city of Carcassonne. Monday, is the county of Herault, where the infection rate doubled in a few days, reaching 470 cases out of 100,000 residents, which announced the return of the mask outside, until August 15, with the exception of six sparsely populated cases. Municipalities and beaches.

The governor of Alpes Maritimes, another popular circuit for tourists, took similar measures on Sunday.

In the East, the mask is now obligatory in Meurthe-et-Moselle in municipalities of over 5,000 inhabitants, as well as in Belfort. And in the Bas-Rhin region, it is mandatory in places subject to a health card.