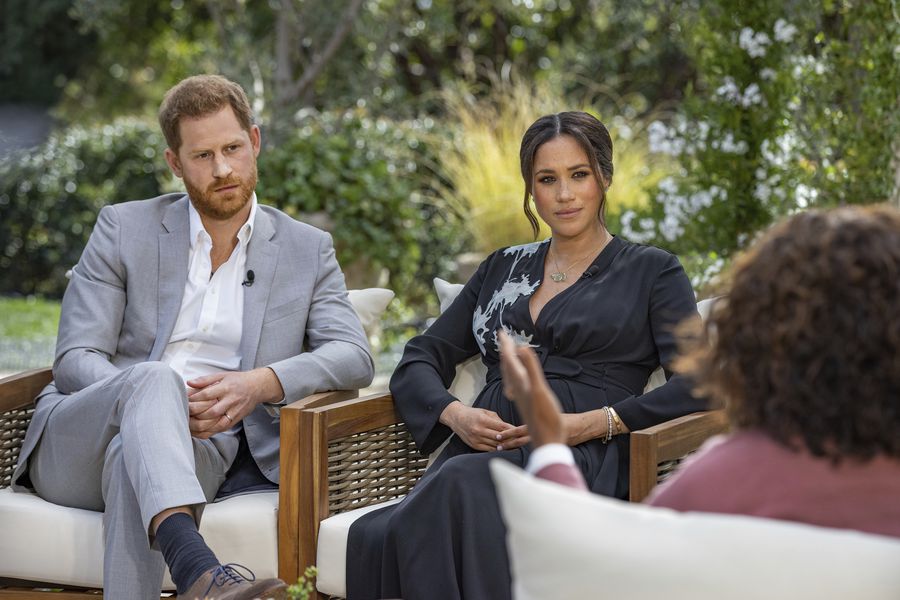 Prince Harry and his wife Meghan have reached record levels of unpopularity with the British After he was interviewed on US television and accused of racism, according to a poll published Friday.

According to the survey he did YouGov has received 1,664 adults, and for the first time Britons have a negative opinion (48%) about Harry, 36 years old, grandson of Elizabeth II and sixth in the line of succession, which is positive (45%).

For this part, 31% of respondents hold a positive view of Meghan Markle, 39-year-old American actress, While 58% see it as negative.

However, Data indicate that the popularity of the rest of the royal family has not been diminished by the discoveries of the Dukes of Sussex., Who cited unsustainable and racist media pressure and a lack of support from the royal family for Megan’s suicidal ideas as reasons for her withdrawal from the monarchy.

In his interview with the American TV star Oprah Winfrey, The couple hinted at conversations an anonymous member of the royal family – who later determined was neither the Queen nor her 99-year-old husband Philip – about the skin tone of their children, given Meghan’s mother is black.

Prince William, Harry’s brother and second in the succession series, and his wife Kate Middleton are also still very popular, with about three-quarters of the opinions in favor.

Only Prince Charles, 72, father of Harry and William, heir to the crown, He received a 6-point increase in negative reviews (up to 42%). A drop of 9 points in favorable opinion (down to 49%).

however, Not everything is negative for the Dukes of SussexIn-depth analysis reveals a Significant variation according to the age of respondents: The majority of Britons between the ages of 18 and 24 have a favorable opinion of Prince Harry (59%) and Meghan (55%).

But Polls are more favorable for them in the United StatesAfter the interview, the couple’s popularity increased to 69% (+23 points) and 67% (+22 points), respectively.

This makes them the most admired figure in the British royal family in the United States, surpassing even the Queen (65%)., According to this Morning Consult survey.