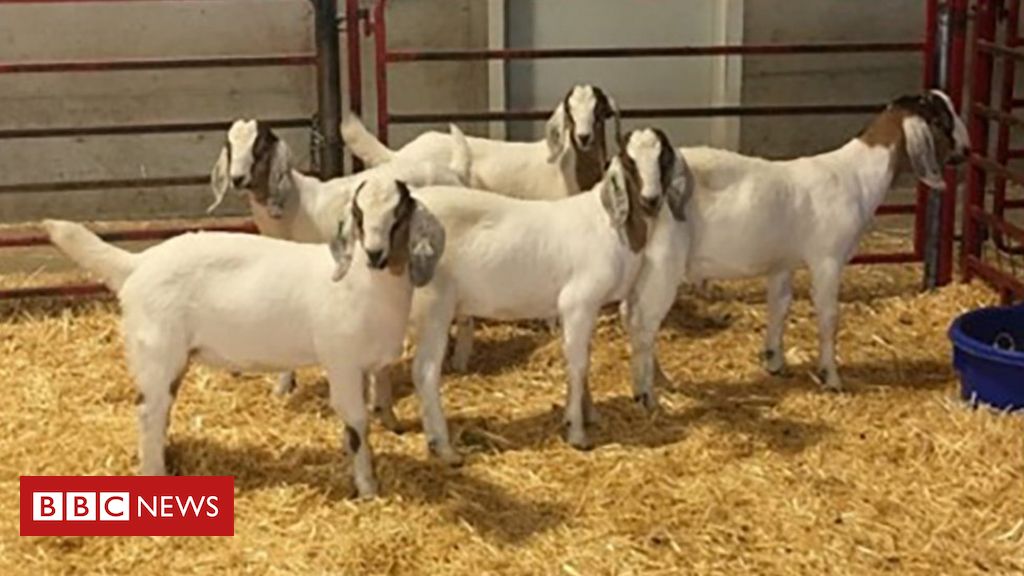 Scientists have produced genetically modified animals that they say can serve as “superfathers” or “surrogate mothers.”

The researchers used a high-tech gene-editing tool to eradicate the male fertility gene in animal embryos.

The animals were born sterile, but began to produce sperm after injection of the sperm-producing cells from the donor animals.

A US-British team said the technology would enable surrogate males to give birth to offspring that carry the genetic material of valuable elite animals such as award-winning bulls.

They added that this would be a step toward boosting livestock genetically to improve food production.

Professor John Utley, of Washington State University’s College of Veterinary Medicine, said: “This could have a huge impact on tackling food insecurity around the world. If we could tackle this genetically, that means less water, less feed, and fewer antibiotics. We have. To put it in the animals. “

What did the experience show?

The surrogate sperm was confirmed to have active donor sperm. The mice gave birth to healthy offspring that carried the sperm donor genes.

Large animals have not yet been raised. But Professor Bruce Whitelaw of the Roslin Institute at the University of Edinburgh said the study provided strong evidence for the concept.

“This shows the world that this technology is real and can be used,” he said. “We now have to go in and find how best to use it productively to help feed our growing population.”

According to the researchers, technology could also help preserve endangered species.

It may be possible, for example, to use frozen sperm from an endangered rhino to regenerate the species. But they said the speed with which the science could be put into practice would affect policymakers.

No transgenic cattle have yet been approved for human consumption, with concerns about product safety, ethics and animal welfare.

What is gene editing?

Gene modification involves deleting or changing the coding in the embryos. One example of current technology is CRISPR, a DNA-modifying biological system discovered in 2012.

CRISPR scans the genome for a specific gene location and then uses ‘molecular scissors’ to cut the DNA.

While this process is effective in the laboratory, it is less than perfect and can cut up a lot of DNA. These unwanted alterations could alter other important genes.

What are ethical issues?

The Nuffield on Bioethics is examining the ethical issues raised by the use of gene-editing technologies in farm animals.

Potential applications of gene-editing technology include genetically no horned bovine, and disease-resistant pigs or chickens.

Director Hugh Whittall said gene editing could be part of the response to the many challenges facing societies in different parts of the world, including securing access to healthy and nutritious food.

“These are among the questions we’re exploring in our current investigation of genome editing and farm animals.”

The research has been published in the Proceedings of the National Academy of Sciences.