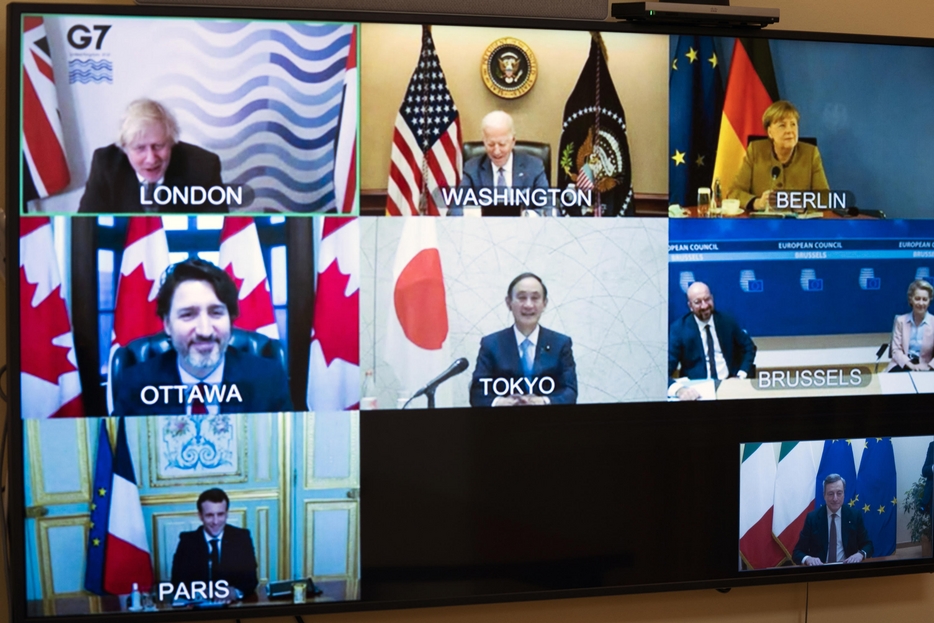 From the meeting of the seven most industrialized nations managing the global economy to a politically targeted body. But also from a global approach to defending the interests of a part of the world. This is the transformation of the Group of Seven that emerged from the first “face to face” meeting, after the pandemic, between the foreign ministers of the United States, Canada, Great Britain, Germany, France, Italy and Japan. The British presidency – perhaps still influenced by deceptive rhetoric after Brexit – has focused attention on the confrontation with Russia and China, which includes India, Australia, South Korea, South Africa and ASEAN.

But he pushed, in this way, towards a clear strengthening and fundamental decline of the Western role in the world. The G7 (G5 at first) was born in the mid-1970s, after the defeat of the United States in Vietnam, the end of the fixed dollar exchange rate for gold, and the oil shock. The American crisis opened very difficult years, but the most advanced Western countries reacted creatively. They and Japan formed this organization to try to steer a global economy left without a center and without a government, while restructuring their national economies – not without mistakes and increasingly bitter disputes – moved global dynamics.

Then also began the long journey towards the euro, which decisively helped European countries and the rest of the world defend themselves from the monetary storms. However, over time, steering the global economy became increasingly difficult, also due to the increasing role of new non-Western actors, and the G20 was born. However, the G7 did not disappear: Western countries continued to believe in their role. Now, however, they seem to have permanently abandoned the attempt to steer the global economy. The decisions to freeze the European Investment Agreement in China, which were hard-won after seven years of negotiations and are very profitable for European companies, and to restrict Chinese investments in Europe confirms the desire to secure the borders of the western region rather than relaunch them into the role. In global relations.

It is a turning point that has also been dropped on the work of the G7 in the political realm, whose inspiring determination has not (yet) been understood. In the final document, China and Russia were merged in a very strong condemnation of human rights on the ground. The direct result is to merge the two countries into an anti-Western function, without reaping any advantages. Moreover, as Angela Merkel recalls, European rulers always raise the issue of human rights in their meetings with Chinese interlocutors, and the EU commitment in favor of Russian dissident Navalny is well known.

So what is the purpose of the (only) current verbal escalation? Will it follow concrete political, economic and military initiatives? He didn’t know (yet). Meanwhile, the general impression is that Westerners are flexing their muscles more for themselves than for others, and for identity purposes more than changing the global balance. However, at the same time, the G7 leaders hope for stable relations with Russia and China, increased multilateralism and closer cooperation in the environment and other areas. The global dimension of the problems, in fact, remains. This was confirmed by Joe Biden’s decision to oblige the United States to suspend intellectual property protection for vaccines against Covid in order to speed up their production and distribution around the world. It is good news.

But the Western allies are blocking this and openly opposing it. For a long time, Pope Francis pointed the way to global solidarity, but his voice often remained unheard. It is a problem that Catholics must think about first and foremost: it is actually up to them to make them understand that all brothers indicate the path of salvation, not just believers. Attempting to reach out to Francis and relaunch his word does not only mean their faith: it is a moral and political responsibility towards all of humanity in such an ambiguous and dangerous season.