From the Russian movie to Star Trek’s Captain Kirk, space becomes a studio 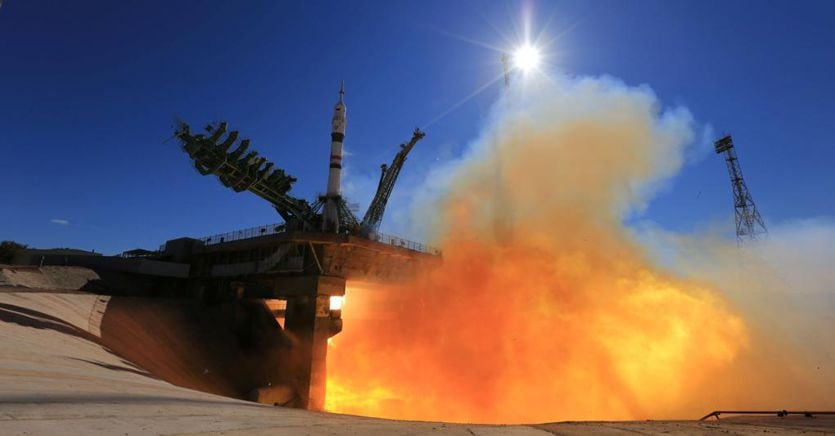 For several hours now, a space movie has been shot literally, not because of science fiction or rather not just for this, but because it was shot in part in space and specifically on the International Space Station, Ace, in an orbit of 400 km from Earth, where Yulia Peresild plays, 37 years old, good and perfect for the part, the role of a surgeon who has to operate an astronaut in microgravity conditions.

This is an extreme case, which obviously none of us would like to experience either as a doctor or as a patient, both perched with a scalpel in the confined spaces of the International Space Station. Filming will end on the fourteenth day and the small crew – in addition to Peresild there director Klim Shipenko – will have to return to Earth, also because the space station is overcrowded, with ten people on board.

The Russians arrived again first and will go into the record books, after the first Sputnik satellite in 1957, the first man in space, Yuri Gagarin in 1961, and the first woman to enter orbit, Valentina Tereskova, in 1963, we now also have the first film made Filmed in space, in fact just a few scenes, in what is arguably the most expensive photography studio in the world.

The International Space Station is actually the largest artifact built by man, bigger than a football field, and its cost, including management, is about $200 billion, which is more than $100.

Peresild will in fact have to remain confined to the Russian part of the International Space Station, which is actually a joint property of countries (Russia, the United States, Europe, Japan and Canada), governed by very strict international agreements.

See also  Who is Mullah Abdul Ghani Baradar, the man who will lead the new Taliban government?