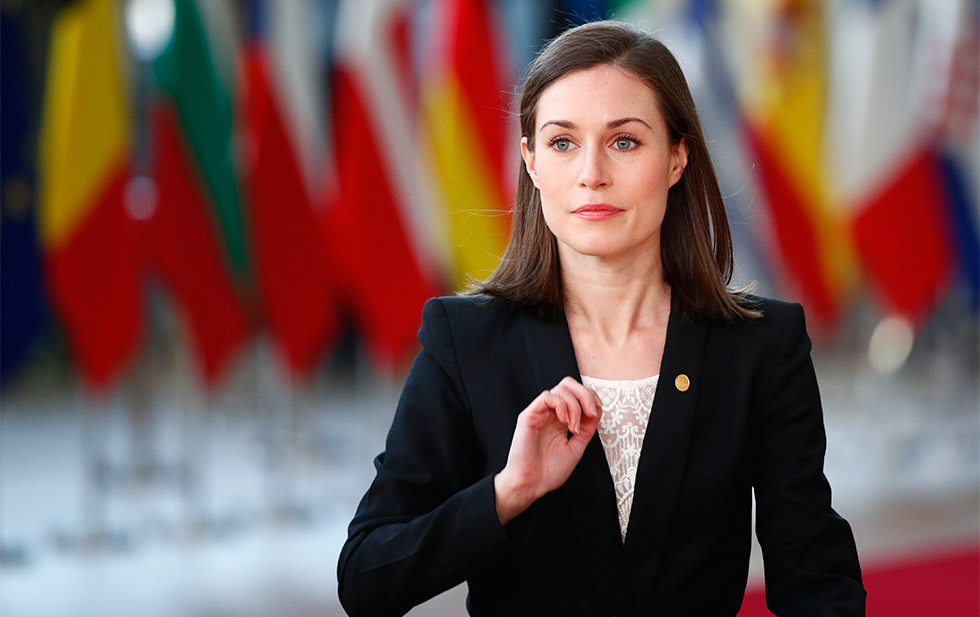 Helsinki– Finnish Prime Minister Sanna Marin said on Sunday that the Turkish president’s decision to declare 10 foreign ambassadors, including the envoy of the Scandinavian country, a free person for their call for the release of a jailed philanthropist and activist is an “unfortunate situation.”

Declaring a person persona non grata against a diplomat generally means that that person is prohibited from residing in that country. Diplomats were summoned to the Turkish Foreign Ministry on Tuesday.

Envoys from the United States, France, Germany, the Netherlands, Canada, Denmark, Sweden, Finland, Norway and New Zealand issued a statement urging a ruling in the case of Osman Kavala, a businessman and philanthropist imprisoned since 2017. Although he has not been convicted of any crime.

“This is a very unfortunate situation. We considered it important to respect and comply with the decisions of the European Court of Human Rights, which is why we requested the release of this human rights activist,” Marin commented.

Kavala was acquitted last year of charges linked to nationwide anti-government protests in 2013, but the sentence was overturned and combined with charges related to an attempted coup in 2016.

International observers and human rights groups have repeatedly called for Kavala’s release. The European Court of Human Rights demanded his release in 2019, noting that he was imprisoned in order to silence him and that the decision was not supported by evidence of any crime.

Human rights groups say Kavala’s imprisonment is based on political considerations. Ankara rejects the allegations and insists on the independence of Turkish courts.

See also  FIFA has announced that nine host cities and ten stadiums in Australia and New Zealand will host 2 ...

On Sunday, Marin said Finland was in dialogue with Turkish authorities and was still waiting for more information from Ankara before “any conclusions can be drawn”.

By Sunday afternoon, none of the four Nordic countries had received official notification from the Turkish Foreign Ministry that their ambassadors were considered non-free persons.

“However, I can assure you that we are in close contact with our friends and allies on this issue,” Danish Foreign Minister Jeppe Kofod told TV2 on Saturday afternoon.