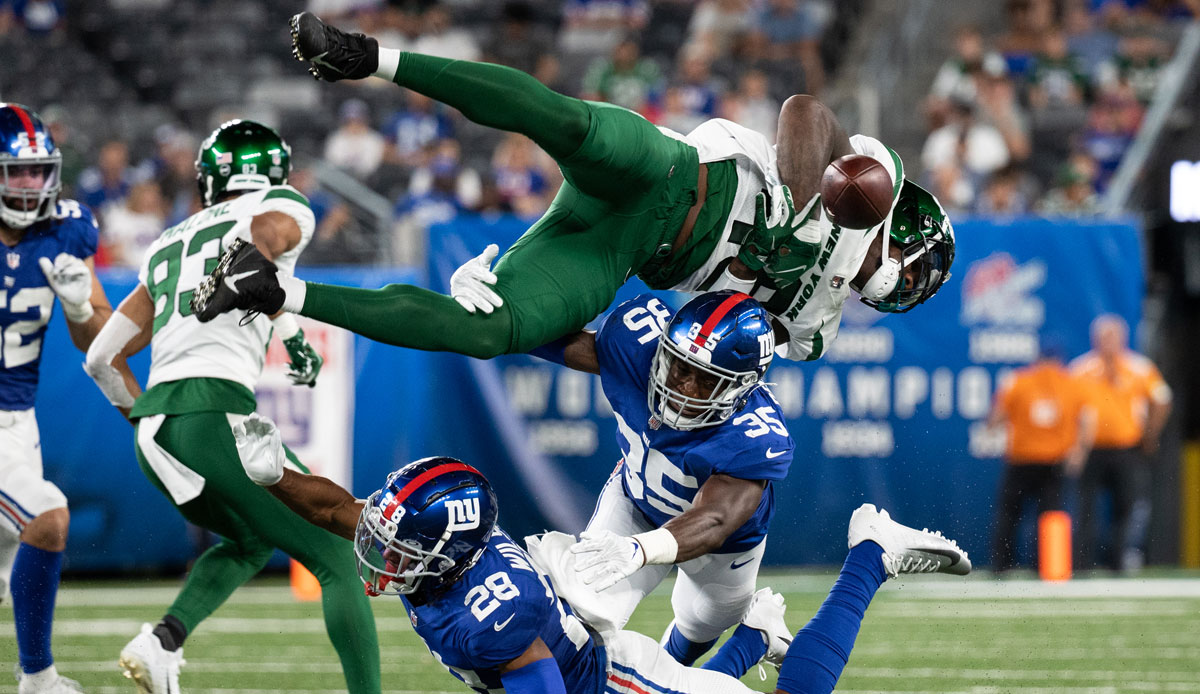 Curiosity arose in the NFL. Apparently a fan has sued the league, the New York Giants and city rival New York Jets for billions. He cites false advertising, fraudulent intrigues, and illegal plots as the reason for this.

The two New York NFL teams will play their home games in East Rutherford, New Jersey, despite the opposite team’s name. Therefore, New Yorker Abdullah Sweru filed a lawsuit against the two teams, the league and the stadium. This was reported by the sports news site Sportico.com.

In the indictment drafted by attorney Evan Spencer, Soiro is now seeking $2 billion in damages and a $4 billion fine. Fans will be hurt by the deception. He goes on to say that “many NFL fans would not attend Giants games or live Jets if they were warned in advance that they were playing in New Jersey.”

Above all, “exorbitant and time-consuming transportation costs” to New Jersey are a sticking point. On game day, the round trip from New York takes “an average of four hours or more and is very expensive, either by public transportation or by car.”

In addition, Giants and Jets fans will be “humiliated, ridiculed, harassed, tortured and harassed by the NFL and across the United States because the Giants and Jets are from New York State and not their actual home, New Jersey.”

Not only New York clubs are affected by this. There will also be similar geographic annoyances between the Dallas Cowboys, who play their home games in Arlington, the Washington Football Club, which plays in the Landover, Maryland, or San Francisco 49ers, who are based in Santa Clara.

Swiro sees this as a blanket conspiracy to “inflate the revenue and value” of the NFL franchises. This eventually leads to fraudulently raising the prices of tickets, fan articles, and memorabilia.