Ex-President of Google, Eric Schmidt: The United States “dropped the ball” on innovation 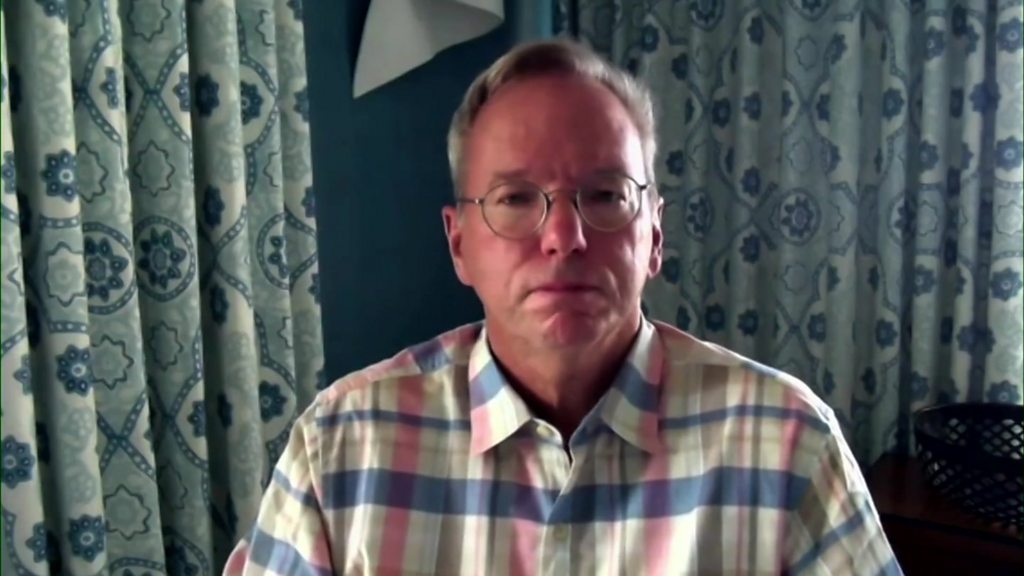 In the battle for technological supremacy between the United States and China, America “dropped the ball” in funding basic research, according to former Google CEO, Eric Schmidt.

This is one of the main reasons why China has managed to catch up.

Dr. Schmidt, who is currently chair of the US Department of Defense Innovation Council, said he believes the United States is still ahead of China in technological innovation at the moment.

But the gap is narrowing fast.

“There is a real focus in China on innovation and new AI technologies,” he told the BBC’s Talking Business Asia program. “In the race to publish newspapers, China has now caught up with it.”

China replaced the United States as the world’s largest research publisher in science and engineering in 2018. According to data from the World Economic Forum.

This is important because it shows how much focus China has on R&D compared to the United States.

For example, the Chinese telecom infrastructure giant Huawei is spending up to $ 20 billion (15.6 billion pounds) on research and development – one of the highest budgets in the world.

This research and development is helping Chinese technology companies to advance in key areas such as artificial intelligence and 5G.

The former head of Google said: “Throughout my life, the United States has been the indisputable leader of research and development.” “Funding was equivalent to 2% or so of the country’s GDP. R&D has recently fallen to a lower percentage than it had been before Sputnik.”

According to the Information Technology and Innovation Foundation, a US technology lobbying group, the US government is now investing less in research and development compared to the size of the economy than it has been in more than 60 years.

“The migration of high skilled people is crucial to US competitiveness, global competitiveness, building these new companies and so on,” he said. “America doesn’t have enough people with these skills.”

The United States has engaged in a technological cold war with China, and in recent months it has intensified its anti-China rhetoric.

This week, it revoked visas of 1,000 Chinese students claiming military links and accused Chinese technology companies of acting as agents of the Chinese Communist Party – allegations that Beijing and these companies reject.

Beijing says this is “naked bullying,” and Dr. Schmidt says the ban will mean China will be more inclined to invest in its own domestic manufacturing.

Dr. Schmidt says the correct strategy for the relationship between the United States and China is the so-called “rivalry partnership” where the United States needs to be able “to cooperate with China, while also competing with it.”

“When we’re competitors, we’re tough, chasing things. We compete hard, we’re trying to get an advantage – real competition – the United States can do it well, and which China can do well. A lot of areas where we need to be partners.”