Evictions, releases, and hotels: Immigrant families at the US border face varying politics 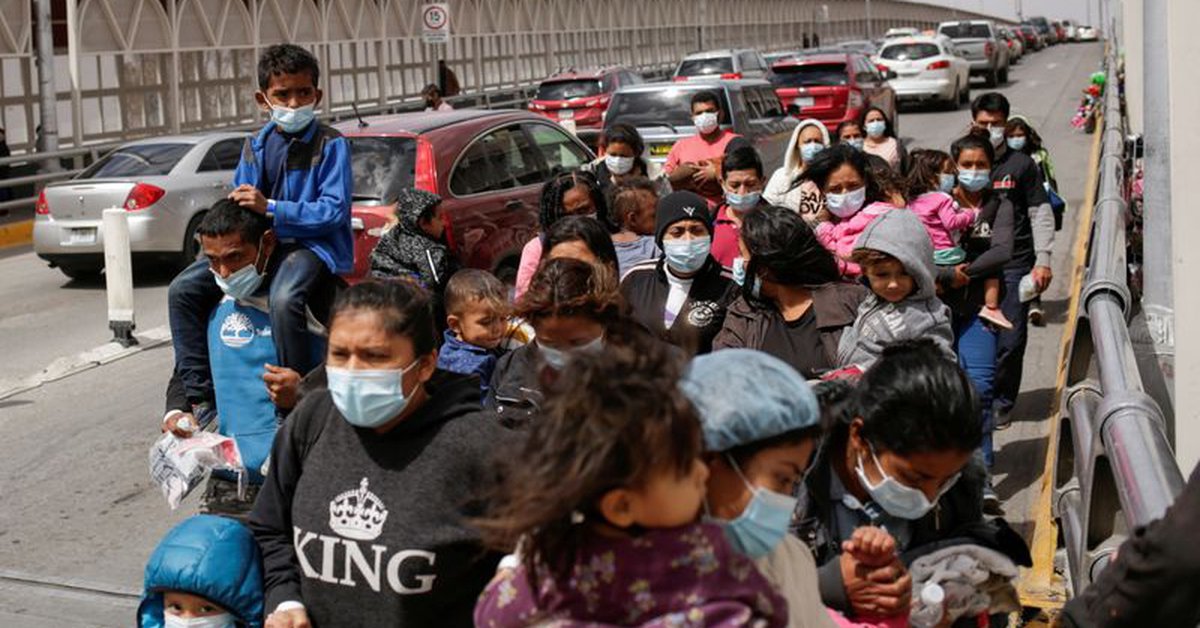 Migrants from Central America were transported from Brownsville to El Paso, Texas, to be deported via the Paso del Norte crossing in Ciudad Juarez, Mexico on March 22, 2021. Reuters / Jose Luis Gonzalez

DEL RIO, USA, March 23 (Reuters) – The US authorities are trying to provide a more assured message to the large number of immigrants – most of them from Central America – who are seeking asylum across the border from Mexico to the United States: “Don’t come. The borders are closed. “.

But the reality in the place is different.

While the United States is expelling families and individuals migrating to Mexico under an order from former President Donald Trump to limit the spread of the Coronavirus, thousands of families have been released on US soil in recent weeks pending the results of their immigration cases. .

On the same day that Homeland Security Secretary Alejandro Mayorcas appeared on five TV shows on Sunday to give warnings, border officers in the Rio Grande Valley in Texas released immigrant families to relieve pressure on crowded detention facilities without scheduling court hearings.

The management of separated families encourages more immigrants and causes frustration among activists in favor of the rights of undocumented and border men.

President Joe Biden, a Democrat, has also left open to Republican criticism that he is encouraging more people to cross the border, despite the fact that reception centers are overcrowded and face an increased risk of the spread of the Coronavirus.

Most of the migrants found at the border this year have been unmarried adults who travel mostly from Mexico and are often quickly deported. Some people tend to re-offend.

But the number of families arrested nearly tripled in February compared to the previous month, to around 19,000. During the same period, the number of unaccompanied minors at the border increased, albeit at a slower rate.

“There is a lot of confusion because there is no hard and fast rule” when it comes to immigrant families, said Charlene Dakruz, project manager of the aid group’s Corazon project.

Also over the weekend, although the government said the borders would close to families, it announced a $ 86 million contract to house undocumented families who are considered vulnerable in US hotels while their cases are being processed.

The contract is part of a new program run by non-profit organizations as an alternative to federal detention centers.

Online forums are filled with questions from potential immigrants about the current state of borders and whether families with children will be able to enter. The posts, seen by Reuters, may contain more than 100 conflicting responses from migrants and people offering smuggling or illegal transportation services.

Mayuras said on Sunday that only unaccompanied minors were excluded from the deportation policies, known as Title 42, which were enacted by former President Trump in March 2020, at the start of the coronavirus pandemic.

But Customs and Internal Border Protection (CBP) data shared with Reuters showed that only about 15% of families detained on March 17th were expelled under Title 42. Although this is only a one-day snapshot, the figure shows the app is not Politics equivalents around the world. the border.

READ  Amy Cooper: The dog returned to a white woman who called police for a black bird in Central Park

One reason: Some local authorities in Mexico say they do not have the resources to deal with the sharp increase in the number of families, many of which are traveling with very young children.

The state of Tamaulipas, which faces the Rio Grande Valley, stopped receiving expelled families with children under the age of seven earlier this year.