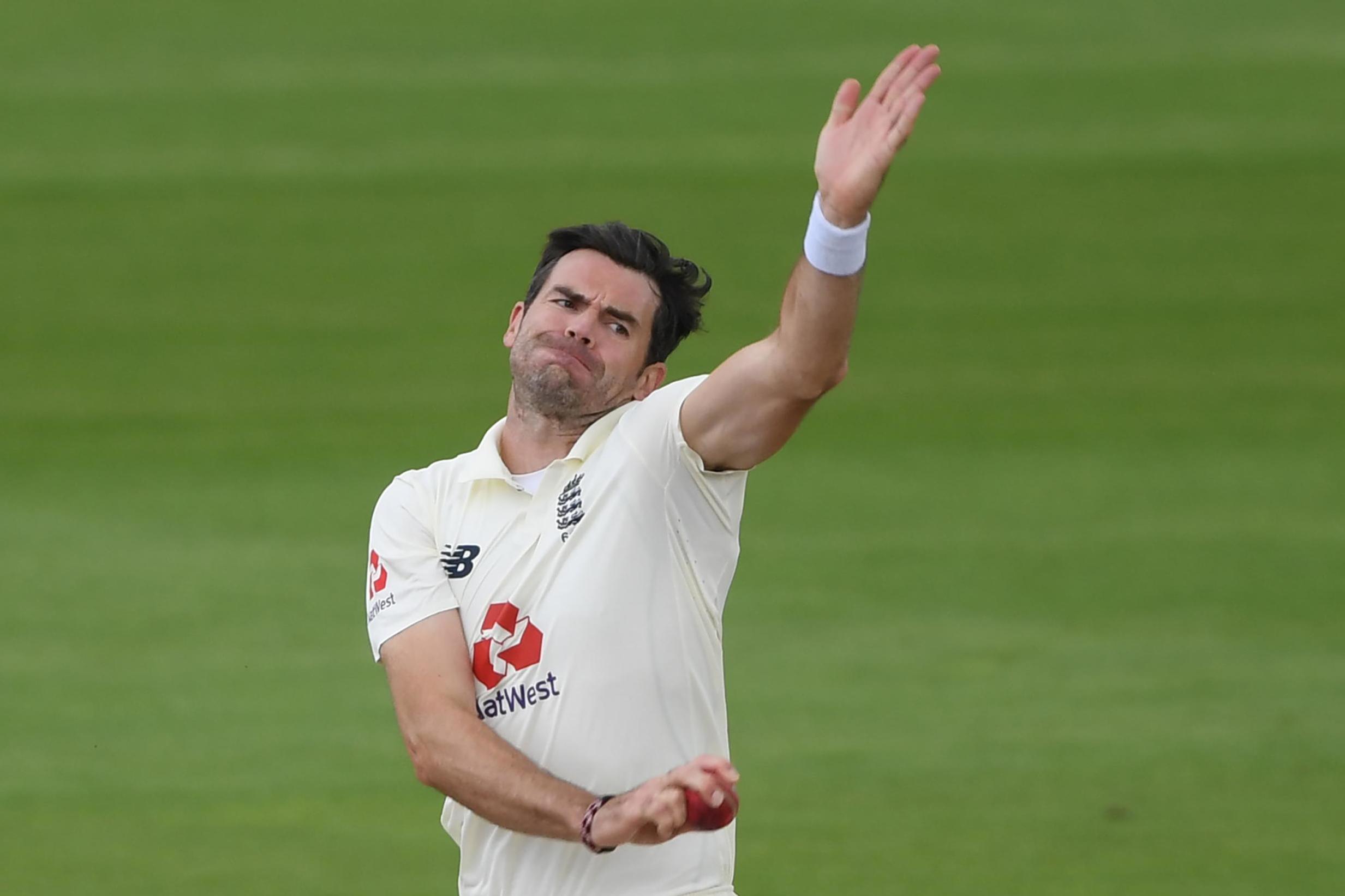 Welcome back to the Evening Standard’s coverage of England vs Pakistan.

James Anderson claimed his 29th five-wicket haul to move within two scalps of 600 as England bowled Pakistan out for 273 yesterday.

Pakistan looked down and out at 75/5 but an incredible innings of 141* from captain Azhar Ali largely frustrated the hosts.

After three wickets at the end of day two, Anderson added another early on before claiming his fifth with the final ball of the day.

England enforced the follow on but were halted by bad light. They’ll return this morning looking to wrap up the series.


Welcome back to Standard Sport‘s LIVE coverage of the final Test between England and Pakistan.

It’s set to be a big day for Jimmy Anderson, who is two wickets short of a milestone 600 Test scalps.

And that’s all from us tonight! We’ll be back tomorrow morning to take you through the fourth day! Let’s hope the weather holds up once more!

Weather permitting, Pakistan will come back in tomorrow morning trailing by 310 runs. And, of course, Anderson will be there plugging away as usual.

Well, England had come back out, Pakistan were ready to bat, but that’s it for the day! With a bad forecast predicted for the next two days, Anderson will be deeply disappointed not to have reached 600 today.

READ  Milwaukee Brewers be a part of Bucks in protest, sit out game vs. Reds after Jacob Blake capturing

Right, so England have enforced the follow on – does Anderson have time to take two more wickets? They will have 27 minutes at Pakistan’s top order.

That’s it! Anderson has his 598th wicket as Naseem edges to Sibley at slip in the final delivery of the over! That’s Anderson’s 29th five-wicket haul!

England have enforced the follow on. They get another new ball and they go again!

Again, it’s brilliant batting by Azhar, who moves ever closer to the 150 mark. He drives through extra cover for two, before whacking one through midwicket for another boundary.

England have what they want though – six balls at Naseem.

Frustration for England. Anderson bowls six deliveries at Azhar, who defends the first five before grabbing a single in the sixth to stay on strike.

It’ll be Archer in next. How he would have liked to have bowled at Naseem.

Have that. Textbook shot by Azhar, who drives straight through mid-on for a boundary. The newcomer Naseen Shah then survives two balls after Azhar took a single.

Wow! Anderson looks genuinely stunned as he’s dropped once again! Azhar, the man Anderson would really want, chips it straight to Broad at mid-on in what was the easiest catch of the lot.

READ  Kerber’s Budget: “I learned a lot during these trying times.” Free Press

Broad somehow drops it, but with Azhar desperate for the single to get back on strike, Broad hits the target – more in frustration than anything else – to run out Abbas.

England have another but, somehow, Anderson doesn’t.

With renewed energy after his dropped shot the over before, Azhar hits Broad for back-to-back boundaries to take his tally to 129.

His terrific innings then nearly comes to an end in what would be such unfortunate fashion. After a mix up with Abbas, he dives back into his crease with Broad also getting down to chuck the ball at the stumps.

It hits, but Azhar was just back in the nick of time.

Anderson is absolutely fuming here! He’s got his head in his hands in disbelief. Sat on 597 wickets, he sees two balls inexplicably dropped!

First, Azhar finds the edge going for an ambitious drive that flies off Burns’ hands and out for a boundary. Not the easiest, but should have been taken.

Second, Abbas edges straight to Crawley at fourth slip. In and out. That had to stick – but alas, it didn’t.

A flying Buttler in action!

Wicket maiden for Broad and England simply look a different side with the new ball. Pakistan trail by 336 and are in real trouble.

Terrific grab from Buttler. That lightmeter check is happening now, but we are all good.​

What a catch that is! Buttler is having a fine, fine Test, both with bat and behind the stumps, where he has received hefty criticism of late.

Broad sends a short ball in that, in all honesty, Shaheen didn’t need to play at. He tickles it wide right of Buttler, who dives for a superb one-handed catch. Incredible.

Big shout from England for an lbw on Azhar! Umpire Gough shakes his head but that’s mighty close! There were two noises there, but if that’s not hit bat that’s out! England can’t take it upstairs with no reviews remaining. A replay shows there was bat, however. Good decision.

It’s quite dark here now. I reckon the light meter could be out there by the end of the over.

Azhar continues to score, cutting it to point for a couple as Pope sprints away to avoid the boundary. You feel Archer should be getting a go at the Pakistan tail at some point!

If you’re not a Sky customer you can grab a NOWTV Day Pass here to watch without a subscription.