What the iPhone 12 needs to win the smartphone wars 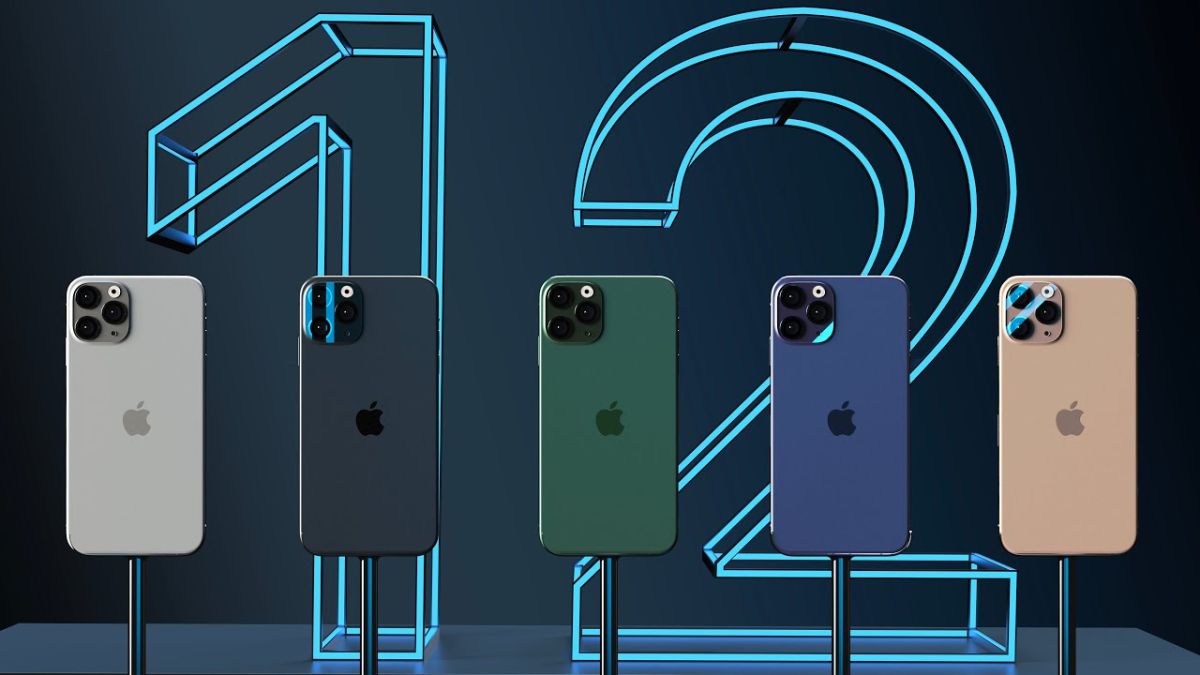 Samsung’s latest flagship phones have debuted to strong reviews, with the Galaxy Note 20 Ultra winning particular raves for its responsive S Pen, powerful zoom lens and its dynamic 120Hz display. It sets a pretty high bar for the other flagship phones coming out in the second half of 2020 — particularly for the new iPhone 12 lineup.

So will the initial success of the Galaxy Note 20 Ultra cause any sleepless nights in Cupertino, as Apple executives wrestle with how to make the iPhone 12 and iPhone 12 Pro standout from rival devices? Not exactly, tech analysts say.

“While the Galaxy Note20 Ultra is extremely impressive, the iPhone ecosystem is quite sticky,” said Avi Greengart, lead analyst at Techsponential. “There is not as much cross-shopping as you might think.”

Still, while the iPhone 12 should still do very well for itself, thank you very much, there’s more than a little pride at stake. None of the major smartphone makers like to cede any amount of buzz about their new devices, even if they’re confident that fans will flock to the new versions. And with the iPhone 12 expected to ship later than usual — Apple has indicated we won’t see the new iPhone in September — there might be some pressure to make up for the Note 20’s head start.

But ultimately, the challenge facing Apple and the iPhone 12 is the same one that faces any device maker a dozen years after the original iPhone reinvented the smartphone market. How do you keep something fresh that’s so familiar?

“Smartphones are a mature category,” Greengart said. “Aside from new form factors like dual-screen or foldables, all updates are iterative.”

These days, Apple may not be able to revolutionize phones the way it did more than a decade ago. But there are plenty of ways that the iPhone 12 can still stand out in a crowded market and maybe even push rivals like the Galaxy Note 20 off to the side.

Let’s start with the obvious thing missing from the iPhone, and one of the features Apple is most likely to add. While other phone makers have been putting out 5G phones since 2019 — Samsung released the Galaxy S10 5G more than a year ago — Apple has sat on the sidelines. It’s not like Apple has missed much: 5G networks are still being built out, and consumers have yet to reap the full benefits of faster network speeds and lower latency.

Now that Apple’s throwing its hat into the 5G ring, it’s expected to do so in a big way. All four rumored iPhone 12 models are likely to feature 5G connectivity, so if you buy a new iPhone, you’ll be able to connect to a 5G network.

Or at least, you should be able to. A leak from earlier this year suggested both the iPhone 12 and iPhone 12 Max would only be able to connect to the sub-6Hz flavor of 5G; higher-speed mmWave connectivity used primarily by Verizon would be reserved for the iPhone 12 Pro models. Subsequent rumors have suggested that all iPhone models will support both kinds of 5G. And that’s a smart decision — if Apple’s 5G debut is to be a success, it needs to make those phones available to the widest audience possible.

Early 5G phones were very expensive, with prices regularly topping $1,000. That’s come down a bit in recent months, especially as Android phone makers have been able to take advantage of the less expensive Snapdragon 765 mobile processor and its built-in 5G modem to release 5G that cost $600 or less.

The iPhone 12 likely won’t be that inexpensive. But the fact that Apple will apparently release four different 5G iPhones means that there will be models available at a wide range of prices.

iPhone 12: Getting the price — and size — right

Speaking of price, if there’s one lesson Apple’s learned in the past year, it’s that people rarely pass up an opportunity to buy a cheaper iPhone. Apple actually saw a modest increase in iPhone sales during its June quarter in spite of the ongoing coronavirus pandemic closing the company’s retailer stores and would-be upgraders likely holding out for new iPhones in the fall. Much of the credit for that growth goes to the iPhone SE 2020, Apple’s $399 device, which proves that people still like an iPhone with a low price and a compact size.

It’s not just the iPhone SE. Since the $699 iPhone 11 made its debut last fall, it’s been Apple’s most popular model, as shoppers look for a viable alternative to a $999 iPhone.

Just as important as price, though, is size. While phone screens are getting ever larger — you can’t get a Galaxy S20 or Note 20 that’s smaller than 6.2 inches — there’s still a segment of the phone-buying population that covets compact devices. The $649 iPhone 12 is rumored to be addressing that demand with a 5.4-inch screen, which could wind up on our best small phone list. And that will help Apple’s new phone stand out, Greengart said.

“If Apple releases a 5.4-inch iPhone, as has been widely rumored, that will fill a niche that nobody else is targeting for small premium phones,” he added.

Apple may boast the fastest phones, thanks to its A13 Bionic chipset. (The even faster A14 is all but certain to power the iPhone 12.) But some Android phones have gotten in another area where Apple has stood still — they feature displays with faster refresh rates.

All three Samsung Galaxy S20 models released earlier this year feature displays that refresh at 120Hz; the Galaxy Note 20 Ultra does that spec one better by dynamically adjusting its refresh rate based on how you’re using the phone. And those aren’t the only Android devices with faster refreshing screens — the Pixel 4 lineup boasts a 90Hz refresh rate while both the OnePlus 8 and OnePlus 8 Pro have faster refresh rates, too.

Meanwhile, Apple’s iPhones are stuck at 60Hz refresh rates, the standard for smartphones these days. That means while owners of other phones are enjoying more immersive experiences like smoother scrolling and better gameplay.

“High refresh rate displays are becoming a feature consumers look for at the high end of the market,” Greengart said. “Apple has plenty of experience with this. The iPad Pro has offered one for years.”

But will the iPhone 12? Of the new models coming out this fall, it would seem like the iPhone 12 Pro were the most likely to adopt 120Hz refresh rates, though more recent rumors have thrown cold water on that speculation. It seems like something Apple will need to add sooner rather than later or risk having the iPhone fall behind the competition, at least when it comes to displays.

iPhone 12 cameras: What else is new?

The iPhone has long been considered one of the best camera phones, and that’s unlikely to change with the iPhone 12. Still, other phone makers have stepped up their game, both in terms of camera hardware and software. On the hardware front, we’re particularly impressed by the Space Zoom lens on the Galaxy Note 20 Ultra, and its ability to produce some pretty clear images with its 50x zoom. On the software side of things, it’s Google that often sets the standard for computational photography.

So how does Apple respond? Based on the rumors we’ve heard about the camera arrays on the various iPhone 12 models, we’re unlikely to see advances like a dramatically improved telephoto lens. Apple’s software innovations have a way of sneaking up on us — who knew about Smart HDR and Deep Fusion until Apple explained how those features make for better, more detailed photos? So we could be surprised by some similar innovation when Apple shows off its new phones in a month or so.

One possible new feature headed to the iPhone 12 Pro phones will be a LiDAR sensor similar to the one on the iPad Pro. This extra lens will be able to gauge distances more quickly and accurately than time-of-flight sensors, which should improve portrait shots taken by the iPhone 12 Pro. But a more compelling use would be with augmented reality and iPhone AR apps that could tap into the LiDAR sensor to more accurately measure the distance of real-world objects.

Expect Apple to spend a lot of time explaining the benefits of LiDAR at its iPhone 12 launch event, and maybe even invite some app makers on stage to show how their software takes advantage of the new hardware.

Apple rarely takes notice of what other phone makers are doing, opting to go in its own direction. Given the volume iPhones Apple has sold to date, you’d have a hard time arguing with that strategy.

“The reason to buy an iPhone 12 will be the same reason people bought an iPhone XS or iPhone 11 — it’s an iPhone,” Greengart said. “Apple’s processors outperform the competition. Apple’s imaging, networking, and displays should be competitive. But the iOS ecosystem and user experience is unique.”

Still, the iPhone 12 arrives at a unique time. Apple’s new phones will debut later than usual — perhaps even after Google’s upcoming Pixel 5 if rumors of a Sept. 30 release for that phone pan out. The economic fallout from coronavirus may make people resistant to shelling out big bucks for a new phone, even one from Apple. And Android phones — the Galaxy Note 20 Ultra, in particular — have upped their game in an effort to challenge Apple.

There are plenty of ways Apple can raise the bar for smartphones yet again with the iPhone 12. We’ll find out exactly how when Apple is ready to unveil its latest phones.