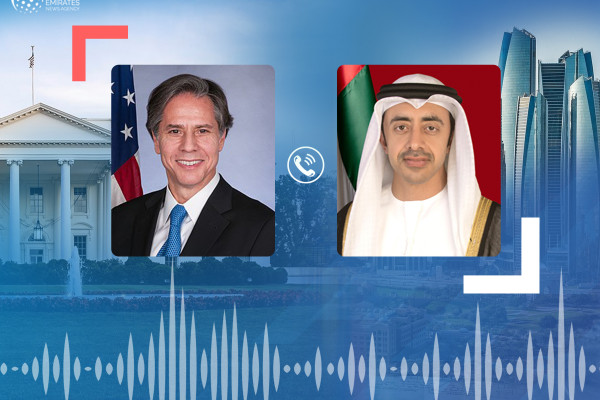 The two parties discussed, during the call, the strategic relations between the UAE and the United States, in addition to a number of issues of common concern, including the peace agreement between the UAE and Israel and its role in achieving security and stability in the region. .

The two sides also discussed developments in the situation in the Gulf region, as well as joint cooperation to confront regional threats and work together to enhance security and stability in the region.

Sheikh Abdullah and Blinken praised the mutual relations and continuous joint cooperation between the two friendly countries in various fields.

His Highness Sheikh Abdullah congratulated Blinken on his assumption of the position, noting that the UAE – with the support of its leadership – looks forward to strengthening partnerships and working together to meet the current challenges while maintaining international peace and security.