Egypt..Security storms the house of a registered man who has held his family and children hostage 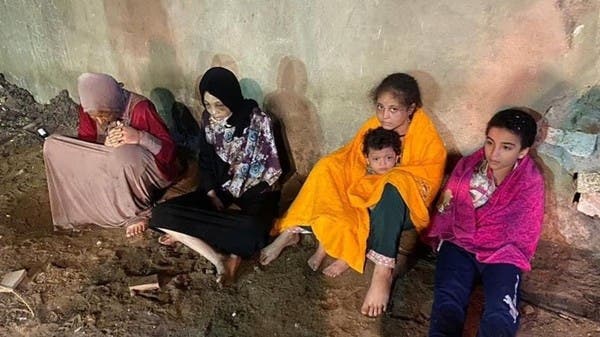 The Egyptian security services succeeded in breaking into a dangerous registered house that held his family and children hostage, and the authorities managed to get them out and free them safely.

An official security source told Al Arabiya.net that the security forces stormed the house and blew up the fortified doors in the early hours of Thursday morning, and were able to arrest the recorder, Ayman Abdel-Maboud, and freed the hostages: his wife, mother-in-law and children, whom the accused took as shields to protect him. out of the grip of security.

The source said that the forces shot the suspect in the foot and arrested him. Fayoum Governorate, southwest of Egypt, witnessed a bloody night on Tuesday evening, when a person shot his wife and mother due to a family dispute. His children were also taken hostage while the security forces surrounded and surrounded his house.

In the details, the people of Mansha’at Abdullah village in the city of Fayoum were surprised to hear the sound of heavy gunfire coming from the house of the so-called Ayman Abdel-Maboud, so they informed the police.

After investigation, it was found that the accused had a disagreement with his wife, when his mother-in-law visited them to solve the problem, but he shot both of them together, and prevented them from leaving or entering anyone else, while his children were held hostage to prevent the security forces from storming his house. However, the security forces quickly surrounded the house and imposed a security cordon around it, while the condition of the wife and her mother was not clear.

And the authorities pushed additional reinforcements to besiege the house from all directions, in preparation for storming it and arresting the accused without affecting the children.