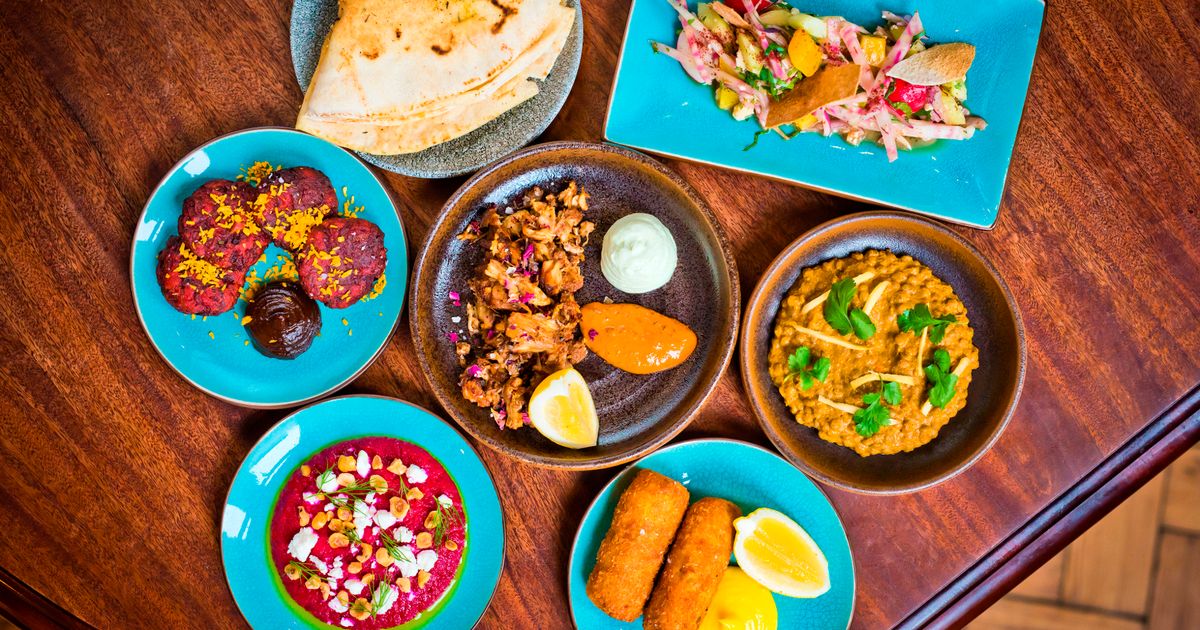 Bank holiday Monday is the last chance to take advantage of Eat Out to Help Out as the Government’s restaurant discount scheme wraps up.

Diners have been offered up to 50 per cent off their meals – capped at £10 per person – at participating restaurants from Monday to Wednesday throughout August, with businesses reimbursed from the public purse.

The scheme will draw to a close on Monday August 31, despite calls to extend it into September – particularly to benefit businesses in local lockdown areas like Greater Manchester where people are only allowed to dine out with members of their own household.

But a statement from the Treasury suggests there’ll be no further support for the scheme after the bank holiday.

Nevertheless, some Manchester restaurants have announced they’ll be offering the same deal at their own expense next month.

So if you’re looking for a bargain bite to eat midweek, here they are.

Run by the team behind West Didsbury’s Volta, The Refuge restaurant and bar is the rather magnificent centrepiece of the Kimpton Clocktower Hotel (formerly The Palace/The Principal).

They’re launching their own version of the Eat Out to Help Out deal in September, knocking up to 50 per cent off food up to a maximum value of £10 per person on Tuesdays and Wednesdays.

“Seeing as the Eat Out to Help Out scheme has been seriously popular with you all (and because we’re feeling rather generous), we thought we might as well extend the discount for a little bit longer,” bosses said.

The all-day menu is made up of small plates with global influences inspired by its DJ owners The Unabombers’ travels: think salt cod croquetas, Keralan fish curry, lamb shawarma, and beetroot pakora.

It’s announced it’ll be offering 50 per cent off food, up to a maximum of £10 per person, throughout September.

Like the official Eat Out to Help Out scheme, it’ll be available from Monday to Wednesday on dine-in meals only. It won’t apply to any drinks, however.

Located just across the river from Spinningfields, LA-inspired restaurant, bar and yoga studio serves a health-focused menu with nutritious dishes such as miso-grilled salmon, poke bowls, and pressed juices.

It’s remained closed throughout August so it hasn’t been able to take advantage of the Eat Out to Help Out scheme.

Instead, it’s launching its own version of the deal in September, offering 50 per cent off food from Wednesday to Friday all month.

Bosses posted on Facebook: “Since we missed the EAT OUT TO HELP OUT scheme throughout August, we thought it was only right to say a HUGE THANKYOU for your continued support & loyalty by extending it off our own backs through the WHOLE OF SEPTEMBER!”

The restaurant reopens on August 28. Bookings are necessary to claim the offer.

Northern Quarter bistro TNQ is consistently rated by the guidebooks for its approachable but accomplished modern British cooking.

It just got more affordable too, stretching out the Eat Out to Help Out deal into September and all week, meaning diners can enjoy half price food – up to a value of £10 per person – from Monday to Friday.

The offer is available on the a la carte menu only from September 1 to 22, excluding weekends. Unlike the official government scheme, it can’t be used in conjunction with any other offers.

Just quote TNQ50 when booking to claim it.

Pizza chain Franco Manca is slicing its prices in September – including at its Manchester restaurant overlooking Piccadilly Gardens.

READ  What the West lost by winning the Gulf War

The same rules apply as for the original Eat Out to Help Out scheme – up to 50 per cent off food and soft drinks,capped at £10, when you dine in from Monday to Wednesday.

That means a simple marinara will cost you just £2.60, while the most expensive pizza – topped with pork salami, wild broccoli, San Marzano tomatoes and mozzarella – will set you back £4.48.

“Rishi paid half your bill in August. Franco will pay half in September,” bosses said.

Restaurant chain Bill’s has a newly-opened site in Spinningfields as well as a recently-refurbished Trafford Centre branch.

Both will be offering their own twist on the Eat Out to Help Out deal, with a special menu of dishes all priced at £10 – a reduction of up to 50 per cent off the usual prices.

The £10 menu will be available from Monday to Wednesday throughout September.

The team are giving guests a 50 per cent off voucher to use during September, up to a maximum value of £10 per person.

Didsbury curry house Khandoker is also offering its own version of the Eat Out to Help Out deal in September.

Diners can enjoy 50 per cent off food, up to a maximum value of £10 per person, from Mondays to Wednesdays all month – but must book in advance to claim the discount.

Bosses posted on Instagram: “You’ve loved it, we’ve loved it! We’ve decided that Eat Out to Help Out is here to STAY!! Available in September on Mondays, Tuesdays and Wednesdays! How nice are we to you?!”

A number of pub chains including Toby Carvery and Harvester have also announced they’ll be extending the deal.

But some independent restaurateurs have warned continuing to discount meals is dangerous at such a perilous time for the industry.

Chef Gary Usher, whose Elite Bistros group includes Manchester’s Kala and Didsbury’s Hispi, tweeted last week: “The more businesses that do this the more that will HAVE to join in.

“The end result is a catastrophe of bankrupt restaurants. You are forcing your restaurants into unsustainable futures. This isn’t a means to an end. It will be the end.”

He added: “The naivety to the bigger picture here is so painful.”

Haz Arshad, who owns Curry Mile gem Mughli, is also against the idea, preferring to support other hard-hit industries and call for rent relief measures instead.

He tweeted: “Yet another unpopular opinion: #EatOutToHelpOut served its purpose to reintroduce customers to their new normal restaurants.

“It created a short term false economy which only devalues our menus long term We must now focus on bars, theatres & campaign again for a #NationalTimeOut.”

Remember if you are booking somewhere to follow the local restrictions for the area in which you live.

People living in many parts of Greater Manchester are only allowed inside restaurants and bars with members of their own household until local lockdown restrictions lift.

There are exceptions for outside seating areas, except for those who live in Oldham, who’ve been told not to meet other households even outdoors.

Wigan has been lifted out of the restrictions altogether, meaning people from that borough can meet with one other household indoors, including in pubs and restaurants.

Stockport, Bolton and Trafford are set to follow from September 2.