Due to French support, Dabaiba asks the Electoral Commission to communicate with the government only 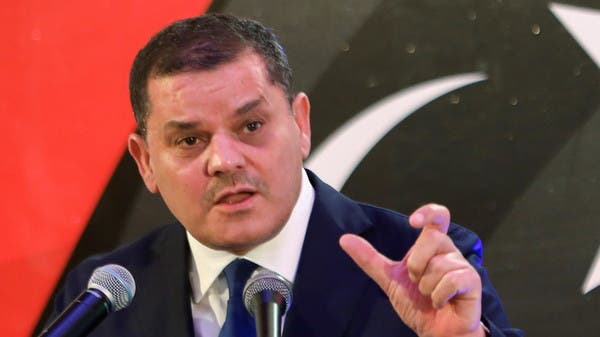 The head of the national unity government, Abdel Hamid Dabaiba, asked the head of the High Electoral Commission to communicate with the government only to provide all the needs and capabilities necessary to hold the elections to be held at the end of this year, hours after the commission obtained French financial support.

On Wednesday, France’s ambassador to Libya, Beatrice Le Fraper de Helen, announced her country’s contribution of one million euros to the organization of the Libyan elections on December 24th, through the High National Elections Commission.

Dabaiba message to the election commission

The French Ambassador to Libya signed a cooperation agreement with the Resident Representative of the United Nations Development Program, Gerardo Noto, in the presence of the President of the High Electoral Commission, Imad Al-Sayeh, under which France commits to pay one million euros to support the United Nations Development Program to promote the elections for the Libyan people.

Among other assistance, UNDP will work with the High National Elections Commission to strengthen the voter registration system, purchase 12,000 ballot boxes and issue voter cards to be used as one of the basic requirements for voter identification at polling stations to ensure the transparency of the process.

In response to this “interference”, Dabaiba asked the President of the High Electoral Commission, Imad Al-Sayeh, to communicate with the government and provide it with all the needs and equipment necessary to complete the process of holding the elections scheduled for next December 24, without the need to provide them from other parties, in reference to foreign bodies.

Dabaiba had previously pledged full support for the High Electoral Commission to hold this election on schedule, and reviewed with it the technical and logistical preparations and its level of readiness, especially with regard to the infrastructure for holding the elections.

Holding this election on time is one of the most prominent challenges facing his government, due to the lack of time and the absence of a constitutional base as well, as a result of the country’s lack of logistical, security and political readiness to organize elections.