Dramatic drone video showing a nearby surfer communicating with a shark: “My heart just sank.” 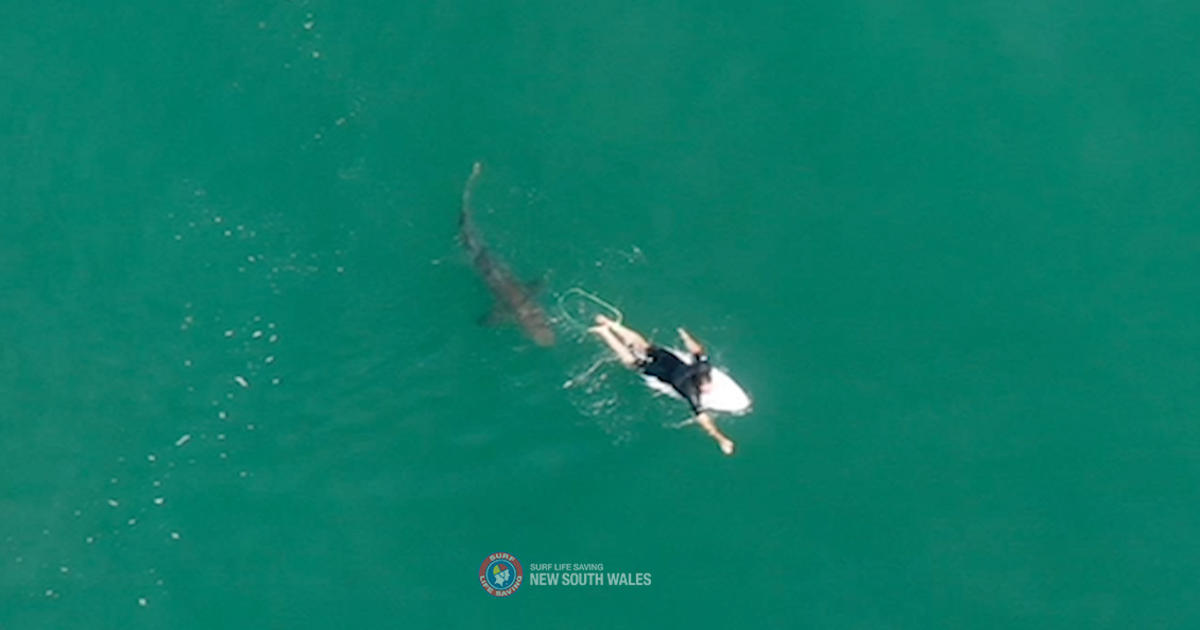 A great white shark flew inches from the board of professional surfer Matt Wilkinson before dashing away in a chilling encounter picked up by a drone that is part of the Australian Shark Warning System. Officials said on Thursday that the 1.5-meter-high shark may have impeded it from attacking Wilkinson due to the unusual touch of the leg rope on its snout or the overhead noise of the drone.

The 32-year-old surfer from Sydney said he had never seen a shark while paddling his board, but heard a fin or tail breaking the surface of the water while riding a recreational surf on Wednesday off the tourist town of Ballina.

“I heard, like, the sound of his tail and looked back and said, ‘No, there’s nothing in there,’ and I had some strange feelings and just convinced myself that everything was fine, as it always does when Wilkinson said to Nine Network TV, ‘You’re out in there. the waves”.

Moments later, Wilkinson heard the drone broadcast a taped warning that there was a dangerous shark nearby and everyone should leave the water.

Wilkinson first saw the shark when he saw drone footage on the beach. “My heart just sank,” said Wilkinson, when I realized how close a shark was.

Wilkinson joked, “Actually, like, I went for a bite, and then my stinky little toe must have made him change his mind.”

Drone operator Beau Monks said he was terrified when he saw through the drone camera a shark rising from the rear, turning around and rapidly approaching Wilkinson.

Monks told Australian Broadcasting Corp. “I’m not quite sure why the shark decided to turn away at the last minute. It could be something as simple as hitting its leg rope or it might have been the drone.”

“It is known that marine creatures are pushed away when a drone comes,” Monks added.

Ballina is part of the coast of New South Wales north of Sydney that has been notorious for shark attacks in recent years.

Drones patrol the shark beaches of Ballina every day in the current school vacation period.

In 2015, Wilkinson competed in the J-Bay Open in South Africa when he was a teammate Australian surfer Mick Fanning has been attacked by a great white shark.

Wilkinson had surfed in sweltering heat before Fanning’s Shark Painting. Fanning was not injured.