“Digital Freedom”: The European Conservative Academy in Rome from December 10 to 13 – Economy 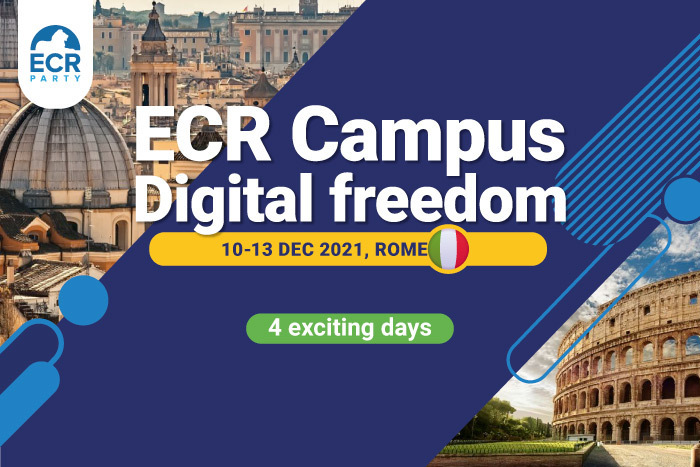 “digital freedomIt is the theme of the Academy organized by the European Conservatives and Reformists, 4 days during which young people from all over the world can meet speakers from The United States, Israel and Iceland, but also meet with representatives of Facebook and Google, to learn how to defend themselves, but also how to make the most of the opportunities for the development of the digital world.

The event, which will be all in English, will take place at Rome from 10 to 13 DecemberThe program includes lectures, discussions, in-depth analysis, as well as dedicated networking moments.

Among the many political guests who will participate in the event, they were prominent Georgia MeloniEuropean party president Jorgè Buxadè (Fox), James Wharton (Governor of the United Kingdom), Radoslav Vogel (Law and Justice) E granot once (Likud Party IR).

Lessons will be dynamic and will be delivered by principals and academics, including: Eman El Sheikh, Director of the Center for Cyber ​​Security and Lecturer at the University of West Florida; Eyal Pinko, Retired commander of the Israeli Navy. Richard Murphy, Expert in political communication. Hannes Holmstein Geosarson, Professor of Politics at the University of Iceland; Martina Colasanti, Responsible for Google Italy government affairs and general policies; Christian Hosbed, Lead Expert in the Anti-Monopoly Unit in the Media of the Directorate-General for Competition of the European Commission; Costanza Andreini, Responsible for the general policies of Meta, with special attention to the safety and protection of children.

A unique experience and opportunity for significant personal growth, thanks to the comparison with eminent personalities from around the world able to train future generations who are able to manage, rule, and protagonists of digital development and not its victims.

Participation is simple and convenient, and most of the costs are funded by the European Parliament. Coupons can be purchased from the website EvenbrightWhere you will find different solutions.