Del Potro is visited by Wawrinka in Switzerland – Telam 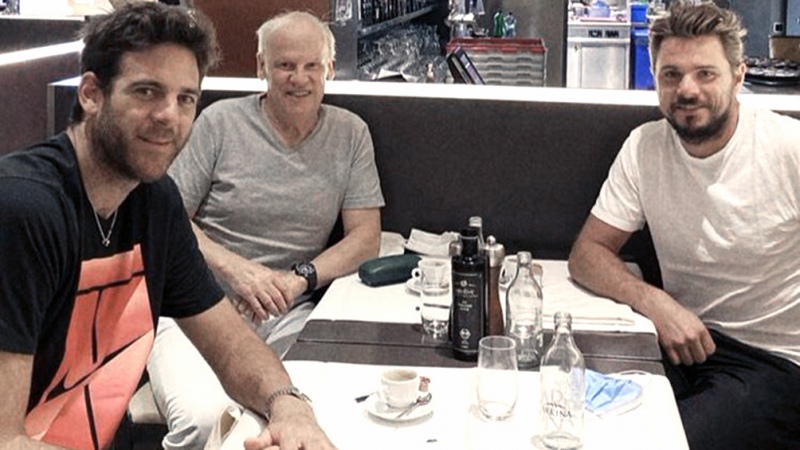 Tandil tennis player Juan Martin del Potro, who is recovering from a third surgery on his right knee in Switzerland, received a visit from Stanislas Wawrinka today.

A picture posted on Twitter from the account of lisa_wawrinka shows the Argentine at a table next to the person in charge of the surgery, Doctor Roland Biedert, former world number three, Australian Open champion 2014, Roland Garros 2015 and the US Open. 2016.

Del Potro, 31, was discharged from hospital on Sunday and will begin knee-rehabilitation exercises at the Bern City Clinic this week, along with the professional team led by Bidart.

The 2009 US Open champion underwent surgery on his right knee for the third time since he sustained an injury in October 2018 at the Shanghai Masters 1000.

Toure de Tandil traveled in mid-August to see Bidart, the family doctor of Swiss tennis player Roger Federer, as he was suffering from knee pain.

Del Potro, who has fallen to 128th according to the latest ATP ranking, competed for the last time on 19 June 2019 in the English Queen’s Championship.

The injury he sustained in his kneecap since October 2018 forced him later to round up medical consultations and undergo two surgeries.

The first operations in the former world number three were performed in Barcelona, ​​in 2019, at Dr. Angel Ruiz Couturo’s clinic, and the second was in Miami with Lee Kaplan, sports medicine surgeon, last January.

He was returned to Argentina in March when travel restrictions began due to the coronavirus pandemic.

Del Potro completed his post-surgery operation and only racked up again in mid-July, when he began a series of training sessions at the TCA facilities in the Palermo neighborhood of Buenos Aires, six months after his last time. Surgery for those who have undergone their knee to repair a kneecap problem. Once he was able to travel to Switzerland, the pain reappeared.