Defense One report: US flies 640 Afghans – on a plane – into politics 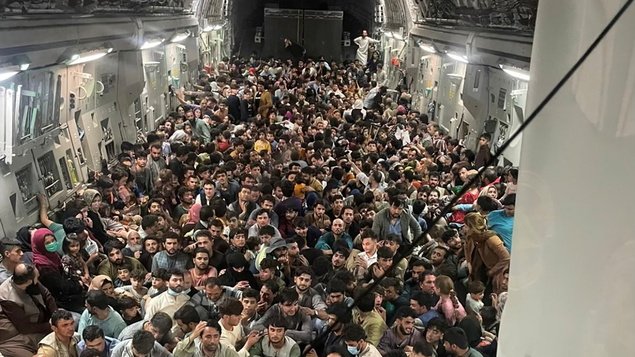 According to a media report, a US Air Force plane transported about 640 Afghan civilians to safety in one flight.

the site “defense one” He posted a photo of the crowded interior of a C-17 transport plane on Monday, with Afghans sitting on the ground – which can no longer be seen by the public.

Defense One reported that terrified Afghans stormed the plane in Kabul through a half-open ramp. The crew decided to fly rather than force people to disembark.

From the security circles, it was said that 640 civilians disembarked from the plane after landing in Qatar. According to the manufacturer Boeing, the huge cargo plane is already designed for up to 134 passengers.

At first, the US Department of Defense did not confirm the news. Chaos reigned at the airport on Monday in Kabul.

Afghans who wanted to flee the Taliban ran to the airport to be taken to safety. Air traffic had to be temporarily suspended. (dpa)