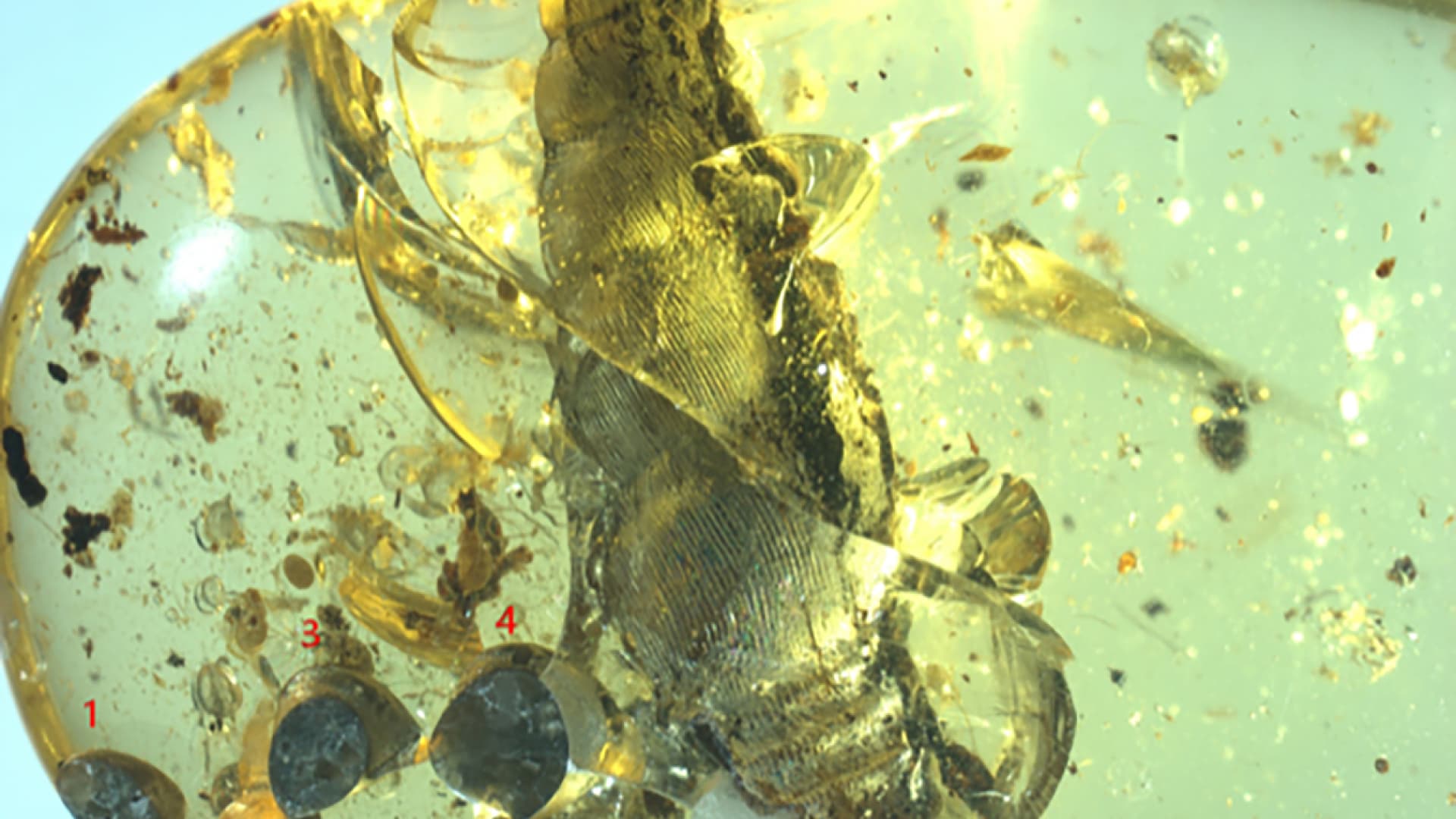 Shortly after the birth of their five cubs, the ground snail and its offspring were encased in tree resin – and thus preserved. A team of researchers found the animals in a 99-million-year-old piece of amber that came from a mine in Myanmar. Researchers from the Senckenberg Research Institute, the Museum of Nature in Frankfurt and the Museum of Natural History in Bern were represented in Trade Journal مجلة Gondwana Research It is stated that it is the oldest evidence of live birth in snails to date.

The fossil was examined using high-resolution imaging and computed tomography. The eleven-millimeter snail’s shell and soft tissue were preserved from the mother snail. The offspring measures just over a millimeter on average. Snail types أنواع Creatorulosa generation It was not previously known, as well as the fact that a snail gave birth in the Cretaceous period.

The arrangement of the animals indicates that they were trapped in tree sap immediately after their birth. “The mother snail may have noticed its impending doom as it stretched its arms out in ‘red alert,'” said study leader Adrian Yochum. According to a press release. Land snails usually travel in fossil form through fossilized snail shells or footprints, and preservation of their soft bodies is rare.(dpa/each)