Coronavirus: Civil servants should ‘return to their offices quickly’ 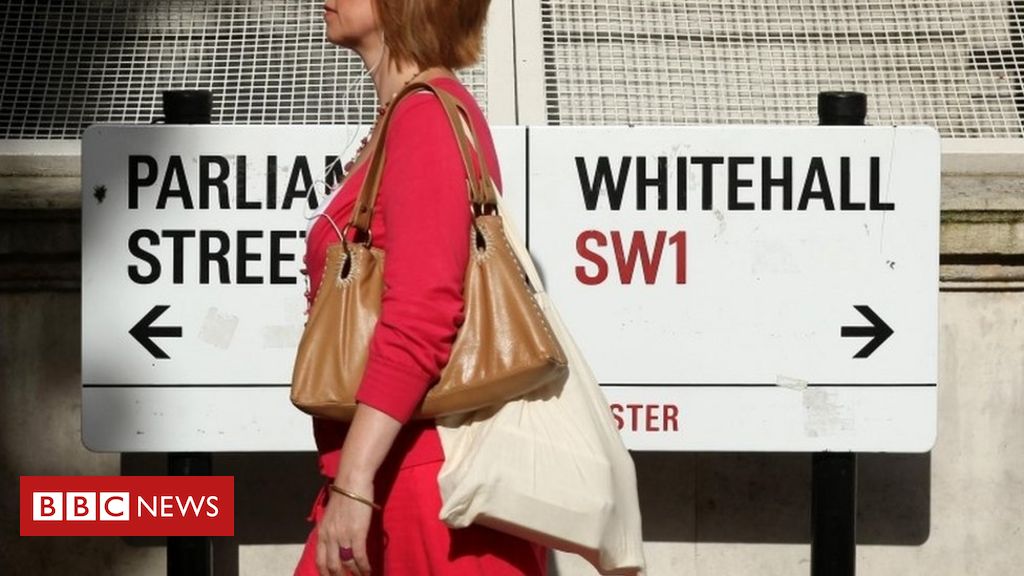 The government has urged Whitehall chiefs to “move quickly” to get more employees back into the office.

In a letter seen by the BBC, it says it “strongly encourages” attendance through the ROTA systems, saying this would be “very beneficial”.

This came on the heels of criticism that very few civil servants working from home due to the Coronavirus have returned to their offices, despite the lockdown being eased.

But the unions described the government’s position as outdated.

They say most civil servants should expect to continue working from home until the end of the year and that they fear an increased risk of contracting the Coronavirus when they return with their colleagues.

Suggested analysis of mobile phone data last month Only 17% are employed in the UK He returned to the office.

The government launched a campaign To encourage people to return to the workplace After business leaders, including the president of the Confederation of British Industry (CBI), warned that city centers Could become “ghost towns”.

CBI’s Caroline Fairbairn said that thousands of businesses that rely on cross-trade are struggling while desks are empty.

But Alex Brazier, executive director for financial stability at the Bank of England, warned the government You should not expect a “sharp return” to “dense office environments”.

The government says it wants 80% of civil servants to be able to attend their usual workplaces at least once a week by the end of September.

In the letter, which was sent to the permanent secretaries – the highest officials – in government departments, Cabinet Secretary Sir Mark Sidwell and Alex Chisholm, Chief Operations Officer in the Civil Service, said, “Getting more people back to work in a safe manner from the Covid virus will improve public services. That we offer. “

They add, “We have seen a decrease in the level of social interaction among our colleagues, with the loss of some spontaneous interaction and cross-pollination between the teams that drive innovation and the sustainability of a common goal.”

But they say employee safety “remains our number one concern”, and that returning to the workplace will be discussed with unions and employee groups.

The letter continues: “The departments that remain without restrictions must now move quickly to seek to return more employees to the office in a safe manner from the Covid virus, take advantage of returning to schools this month and increasing the availability of public transportation.”

The Food and Drug Administration Federation, which represents the most senior civilian staff, this week said it estimated 30% to 40% will be able to return To the office by the end of the year.

Leader Dave Penman accused ministers of “looking like Luddites” in an era where technology has made working at home easier.

Mark Sirotka, general secretary of the Federation of Public and Commercial Services, said he was prepared to consider the industrial strike a “last resort” if “workers’ health and safety were” endangered “.

Meanwhile, Capita Outsourcing firm – a major government contractor – is It plans to permanently close more than a third of its UK offices.

See also  Train drivers on strike in the UK