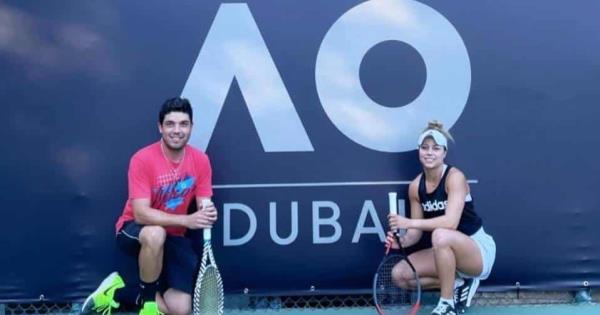 She took her first steps towards the Australian Open yesterday, with Mexican Renata Zaraza when she won the opening match of the qualifying tournament against Russian Anastasia Kumaradina 6-3 6-4.

This victory, which he achieved in the early hours of Sunday, gave Zarza a chance to get close to this year’s first major tournament which begins on February 8th.

Zarazia opened the match by losing his first serving chance, but he promptly regained it in the second, breaking again in the sixth set and securing the first set.

In the second set, he was trailing 4-0 after being hit by two fractures early in the group, but he won six consecutive matches to win the truinfo final.

Mexico will now face Slovak Rebecca Saramkova in the second round early Tuesday, who defeated Slovenian Dalila Jakubovic 6-1, 6-3 in her first game.

Saramkova, 24, is ranked 203 in the world rankings, her best position is 111 in 2017, and she has eight singles and two doubles titles on the ITF Tour, a development circuit for the WTA’s accessibility.

Zaraza must win two more matches in this qualifying tournament to be able to enter the main draw at the Australian Open.

If successful, Guadalajara would play the second major tournament in his career after securing in September 2020 a place for the French Open through the same qualifying track.

This qualifying tournament is held in Dubai due to the access restrictions imposed by the Australian headquarters to avoid cross-contamination among its residents.

At dawn on Monday, two more matches were played from the top box touching the Mexican, where the top seed, Slovenian Kaja Jova, was found.