Burbock on allegations of plagiarism: No book is non-fiction 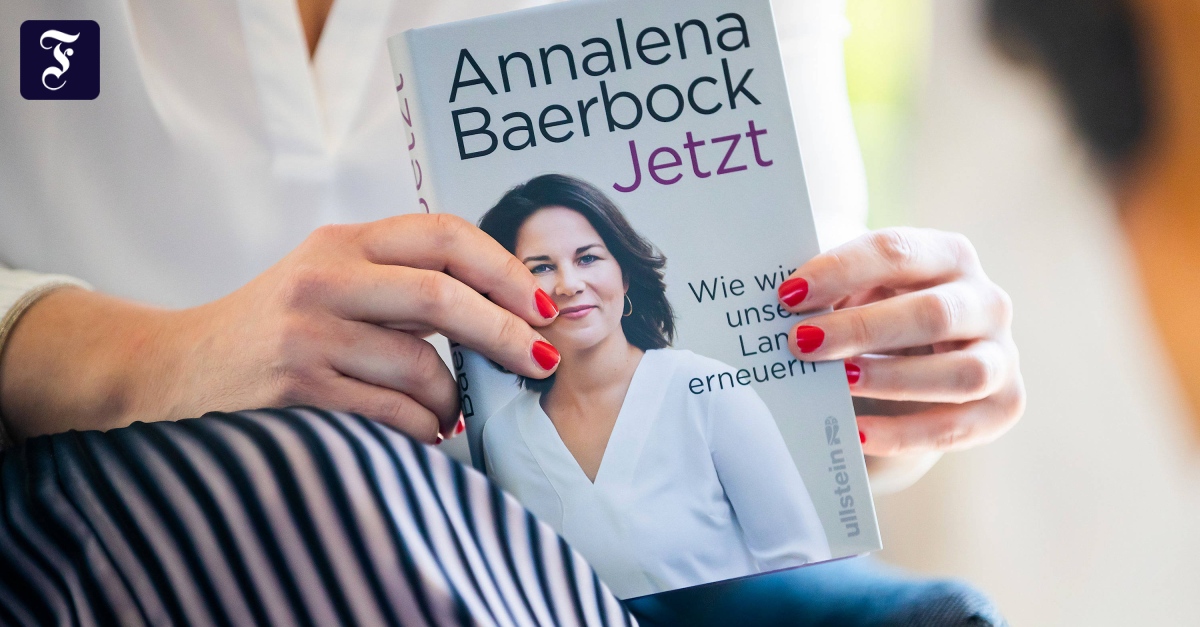 aIn light of persistent allegations of her book being copied, Green Party chairwoman and candidate for chancellor Annalena Barbock has again made a change of strategy. During the book presentation on June 17, when asked if the curator had written an autobiography or a non-fiction book, she answered “both” and said she found “it’s somewhat doubtful to write an autobiography at the age of 40,” Barbock said Thursday evening in Berlin. Speaking to Brigitte Live: “But I haven’t written a factual book or anything, but what I want to do with this country – and on the other hand describe the world as it is based on facts and facts.”

Barbock said she used public sources. Since it “is not a fiction book or science paper, there are no footnotes in this book”. With this book you want to explain who she is and what drives her. “This is not copyright infringement, my party has made it very clear.” Her party made this much less clear than Berlin lawyer Christian Schertz.

Since she was nominated in mid-April, “things have been intentionally put wrong about me in the world,” Barbock said. He repeatedly doubts that she graduated from the London School of Economics. Above all in the United States, one has seen what happens to a society when truth and falsehood mingle, and how fake news is entrenched. Barbock said that as a woman, she exposes more areas to attack, sometimes the dress is too short, sometimes too long, and sometimes it’s the wrong color.

Barbock was determined to “demonstrate a clear advantage when running campaigns that have nothing to do with political debate”. Anyone who “only allows others to drift” is “a flag in the wind”. In response to a final question regarding her one-hour round of talks about what she would do first if she was elected as federal chancellor, she said: “An immediate climate protection programme.” A long summer vacation is planned for you to spend with the family.

On Friday night, Austrian “plagiarism hunter” and media scientist Stefan Weber published new excerpts from Barbock’s book, which he called plagiarism. Barbock is said to have used eight passages from a guest post by fellow party member Jürgen Tritten. Weber wrote on Twitter: “Never have I seen such boldness and stupidity in my 14 years of activism!”

Meanwhile, the Green Party’s federal general manager, Michael Kellner, has defended his party’s handling of the allegations against Barbock. “The little things are exaggerated here,” he said on the ZDF website, as well as to distract from important issues such as climate change. “Now we’re concerned about the claim of copyright infringement, that we’re going to put a stop there, and say, ‘We won’t tolerate it.'”