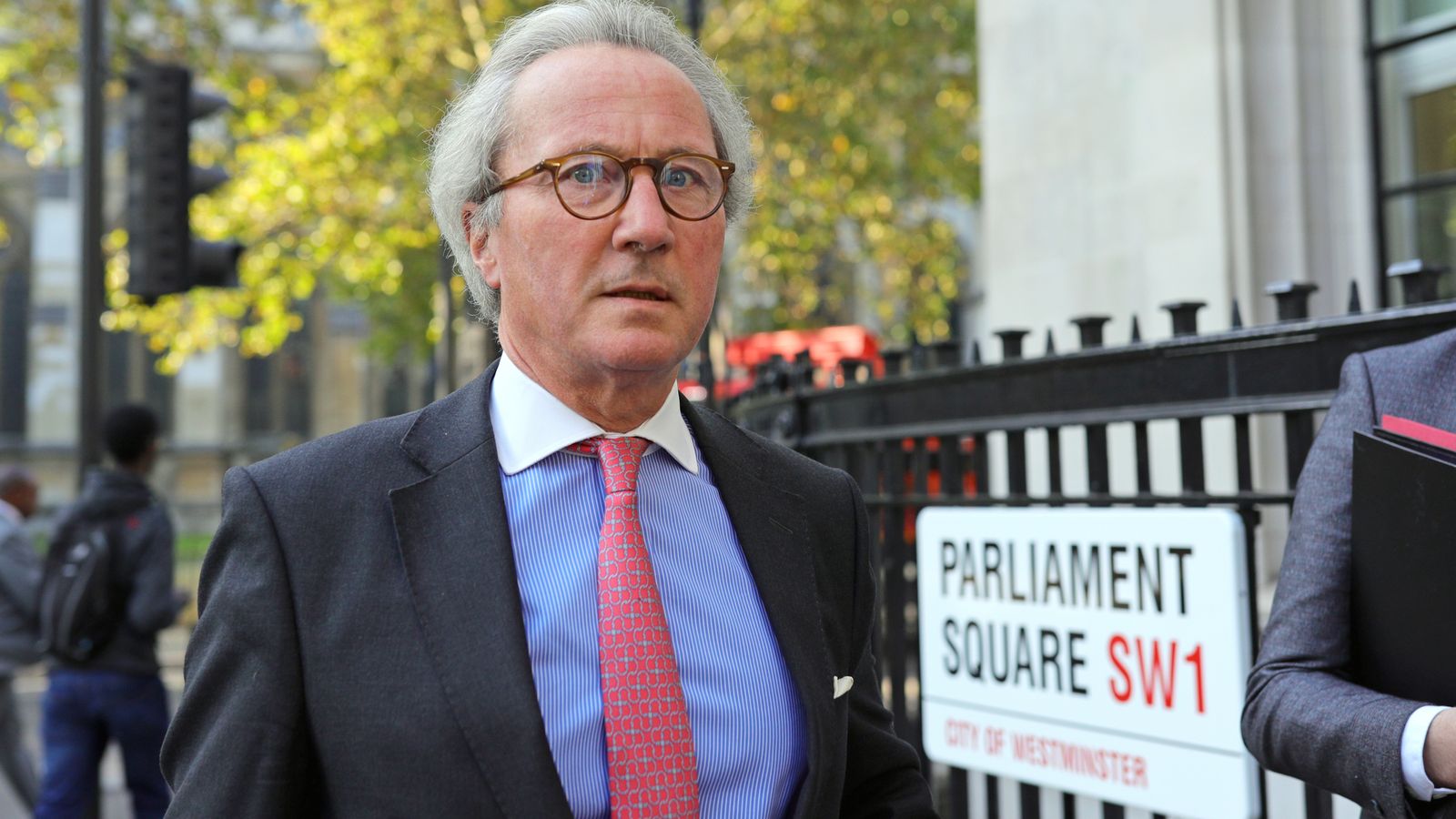 A cabinet minister has resigned over the row over Boris Johnson’s attempt to potentially violate international law by bypassing the Brexit deal.

Lord Kane of Elle, Attorney General of Scotland, was reported to have resigned earlier on Wednesday.

The prime minister seemed to indicate that he was trying to persuade the colleague to stay in his post, and he told the committee that afternoon that “talks on this matter are still continuing.”

But Downing Street has now confirmed that Lord Kane has resigned, and a spokesman added: “The prime minister thanks him for his service.”

This follows the government endorsement that has been proposed Brixi Legislation breaks international law.

The UK Home Market Bill, which removed its first parliamentary hurdle into law earlier this week, has come under fire in Westminster and Brussels.

The European Union has threatened legal action and said it may threaten the ongoing trade talks on the future relationship between the EU and the UK.

Soon after Lord Kane, Mr Johnson, resigned Partially downloaded On his controversial bill – and promised to give disaffected MPs another vote before using any of the powers.

However, this is on the condition that they pass the Domestic Market Law when he is generally scheduled to complete his journey early next week.

Sam Coates, deputy political editor at Sky, said Lord Kane “was one of the statutory officials of the government – and he was charged with carrying out legal duties,” adding: “He apparently felt he couldn’t stay in office while the government pushed through legislation from It would break international law. ” Law.”

“He submitted his resignation earlier and during that time it appears the ministers were trying to persuade him to quit the government – but fittingly, after the prime minister finished before the Parliament’s contact committee, Downing Street announced that he did. Gone.”

Downing Street and the government appear to be very keen to know that their plans will continue to violate international law and this is something that this legal officer cannot continue to bear. It is putting more pressure on other law officers, including Attorney General Robert Buckland and Attorney General Swela Braverman. “.

Last week, Northern Ireland Minister Brandon Lewis Before the House of Commons The bill, if passed, would reinterpret the Northern Ireland Protocol – an essential part of the Withdrawal Agreement – and thus violate international law “in a very specific and limited manner.”

However, in the House of Lords on Tuesday, Lord Kane told his colleagues that the bill “does not constitute a breach of international law or the rule of law.”

He also claimed that Mr. Lewis had “basically answered the wrong question” when asked about the bill in the House of Commons.

Lord Kane said: “I am satisfied with the correct legal position in this context.”

On Wednesday morning, however, Mr. Lewis contradicted Lord Kane’s assertion and said his comments in the House of Commons last week were “completely in line” with the government’s legal advice on the matter.

He said, “I gave a very candid answer to Parliament last week in keeping with the position of the Attorney General.”

“My position is completely in line with the legal advice provided by the Attorney General.”

In Brussels on Wednesday, the President of the European Commission, Ursula von der Leyen, used her annual State of the Union address to warn the UK of its inability to unilaterally cancel the withdrawal agreement.

“It took three years to negotiate the withdrawal agreement, and we worked relentlessly, line by line, word for word, and we succeeded together,” she said.

“The European Union and the United Kingdom have jointly agreed that this is the best and only way to ensure peace on the island of Ireland and we will never back down from it.

“This agreement has been ratified by this House and the House of Commons, and it cannot be changed, ignored or rejected unilaterally.

“This is a matter of law, trust and goodwill.”

It quoted the former British Prime Minister as saying: “Britain does not violate treaties. That would be bad for Britain, bad for relations with the rest of the world and bad for any future trade treaty.”

“It was true then and it is true today. Trust is the basis of any strong partnership,” added Ms. von der Leyen.

A senior government employee and chief government attorney had already resigned due to the row in Westminster over UK home market law.

Sir Jonathan Jones, permanent secretary of the Government’s Legal Department, will leave office before his five-year term ends in April.