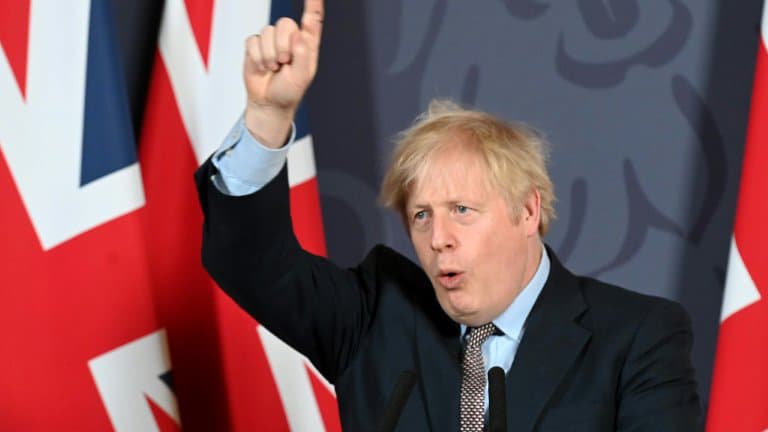 The British prime minister on Thursday evening waved hundreds of pages of a post-Brexit trade agreement with the European Union as a Christmas present to the British.

British Prime Minister Boris Johnson on Thursday evening waved hundreds of pages of the post-Brexit trade agreement reached a few hours earlier with the European Union as a Christmas “gift” for Britons.

The Conservative Prime Minister said in a video message posted on Twitter: “Tonight, on New Year’s Eve, I have a small gift for those looking for something to read on their Christmas slumber after breakfast.”

“Here it is: encouraging news, this is an agreement, an agreement for certainty for companies, travelers and all investors in our country from January 1, an agreement with our friends and partners in the European Union.”

Do you remember the agreement ready to mature? This clever interlocutor continues, reluctant to campaign in the winning elections in December 2019.

This divorce agreement between London and Brussels, which he passed thanks to his large majority in Parliament, was “just the beginning”. The free trade deal struck Thursday is “the feast,” “full of fish elsewhere,” which the Conservative prime minister continues jokingly at one of the main sticking points in the negotiations.

“I think it will be the basis for a happy, successful and stable partnership with our friends in the European Union in the coming years,” he said.

He concludes by saying: “There, this is the good news from Brussels. Now is the time to eat cabbage” which the British love “, and Christmas is all for you.”