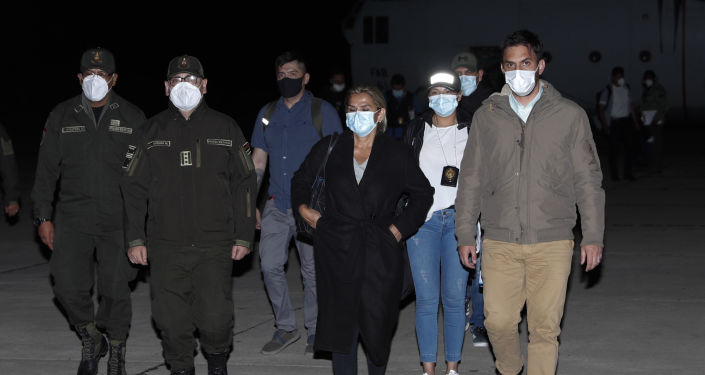 The Bolivian Foreign Ministry stated that it summoned US and Brazilian diplomatic representatives to demand not to interfere in internal affairs, referring to the statements of Washington and Brasilia regarding the arrest of former President Jeanine Anez.

She summoned the Ministry of Foreign Affairs [agli Stati Uniti] The duty to refrain from interfering in the internal affairs of another country, stipulated in the framework agreement for bilateral relations based on mutual respect and cooperation “in effect between the two countries.

The Bolivian position was articulated during the visit of the US business director, Charris Phillips, to La Paz, by Secretary of State Rogelio Maita, on March 17 at the request of a Bolivian.

In another statement, the Foreign Ministry said that Maita summoned the Brazilian Ambassador Octavio Henrique Dias, who reminded the diplomat “of the obligation not to interfere in matters that are subject to the internal jurisdiction of states, in compliance with the charter” and the decisions. To the United Nations.

The Bolivian call to Washington came in response to a statement by a Foreign Ministry spokesman expressing “concern” about the recent arrests of Anez and some of her collaborators.

In the case of Brazil, the Bolivian Ministry of Foreign Affairs responded to a statement by President Jair Bolsonaro, which described the arrest of Anez as “totally unreasonable”.

Ñez was arrested last weekend and has been in pre-trial detention for four months since March 15, awaiting trial for a coup charge against Evo Morales in 2019.