Ben Bernanke: Who is the former Federal Reserve Governor? 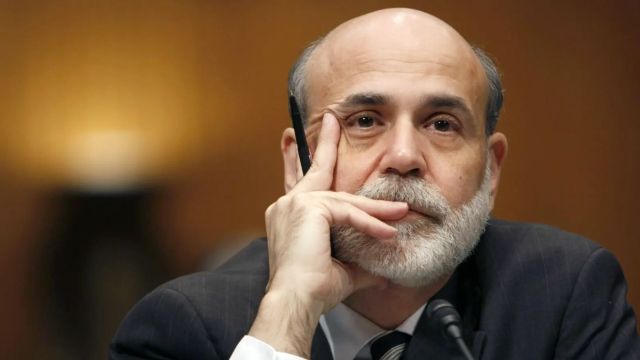 Ben Bernanke is an American economist and banker best known as the 14th Governor of the Federal Reserve, succeeding Alan Greenspan. He is particularly remembered for having started the quantitative easing program in the US in the wake of the financial storm that erupted in 2008 with the collapse of Lehman Brothers.

Ben Shalom Bernanke was born in Augusta, Georgia, on December 13, 1953, to a pharmacist father and a teacher mother, but grew up in Dillon, South Carolina. After attending Dillon High School, Bernanke attended Harvard University in 1971, where he graduated with honors in 1975. Four years later he received his Ph.D. in economics from the Massachusetts Institute of Technology. From 1979 to 1983 he was an assistant professor of economics and from 1983 to 1985 an associate professor at Stanford University’s Graduate School of Business.

That year he became a full professor and transferred to Princeton University, and also worked as a visiting professor at both New York University and MIT. During that time, Bernanke published numerous texts on macroeconomics, monetary policy, economic cycles, and the Great Depression of ’29, and became editor of the American Economic Review in 2001.

In 2002, Ben Bernanke joined the Board of Directors of the US Central Bank, where he is known for his great diplomacy in reconciling the divergent views of the members of the board. The Augusta economist has had the opportunity to attend the Institute as a scholar in previous years, having conducted research at the Federal Reserve Banks of Philadelphia between 1987 and 1989, in Boston between 1989 and 1990 and in New York in 1990-1991. and 1994-1996. He was also a member of the Academic Advisory Board at the Federal Reserve Bank of New York from 1990 to 2002.

See also  France would like the EU to use more French

On October 24, 2005, the big day came. White House President George Bush appointed Ben Bernanke as the new governor of the US Central Bank and was able to enter officially
In office as of February 1, 2006. From the outset, the new Federal Reserve tenant decided a break with regards to the past, especially regarding inflation. Bernanke believes that the institute should have a specific goal that will help economic growth and stability.

Two years after his inauguration, he found himself facing a terrible situation: the bursting of the housing bubble and the subprime mortgage crisis. The financial tsunami that struck the country was so far-reaching that it led to the bankruptcy of one of the largest US banks, Lehman Brothers, after several attempts to avert disaster. The domino effect on financial markets recalled what happened 80 years ago with the Great Crisis of 29 and put the central bank at a crossroads: on the one hand, to stop the bubble with a monetary tightening, but on the other hand to relaunch the economy cut off by the crisis.

The number one central institution managed to find a balance that stabilized the banking system above all, even though the economy was limping. On August 25, 2009, US President Barack Obama confirmed that he would chair the Federal Reserve until 2014, but the Senate hearings for its approval were very turbulent. Ultimately, Bernanke saw himself renewed with 70% of the support vote, starting his new position in February 2010.

In March 2009, the Federal Reserve decided to launch quantitative easing, a massive plan to buy public and private securities to revive the severely battered economy. The program, which ran through 2015, included the purchase of $1.983 billion in government bonds, 744 billion in subprime mortgages and 1.737 billion in primary mortgages. Thanks to these measures over the years, the unemployment rate in the United States has fallen below 5% and GDP has grown by 2%.

With Bernanke’s move, other central banks have followed the same policy to address the various crises that have faced the global financial economic context. For example, the Bank of England simultaneously launched a £200 billion plan that would become £895 billion in 2020. While Mario Draghi at the helm of the European Central Bank in 2015 was able to undermine the rigor of northern European countries through a monthly purchase program worth 60 billion euros of government bonds, and then increased to 80 billion.

Nearly 10 years after the start of monetary easing, Bernanke stated that the Fed made mistakes in dealing with the 2008 disaster. In essence, not all Fed policymakers realized the “magnificent and devastating crisis” that led to a deep recession in United States of America. For this reason, the central bank has been slow to put quantitative easing into action to avoid the economic damage caused by the impact of the housing bubble bursting.

The former Federal Reserve governor published many publications on various topics mainly related to the major crises that devastated America. For example, we recall the 2000 summary of the Great Depression, as well as the 2013 work “The Federal Reserve and the Financial Crisis” that compiled a series of 4 lectures that Bernanke gave in 2012 on the 2008 financial crash.

In 2015, “Memoirs of a Crisis and Its Consequences” were released that documented Bernanke’s experiences as Federal Reserve Chairman at critical periods in office. The former head of the US Central Bank was elected Person of the Year in 2009 by the prestigious “Time” magazine, while in 2011 the Jerusalem Post gave him the award as one of the 10 most influential Jews in the world.