Beijing celebrates 50 years of having a seat in the United Nations, but Taiwan is also knocking on the door 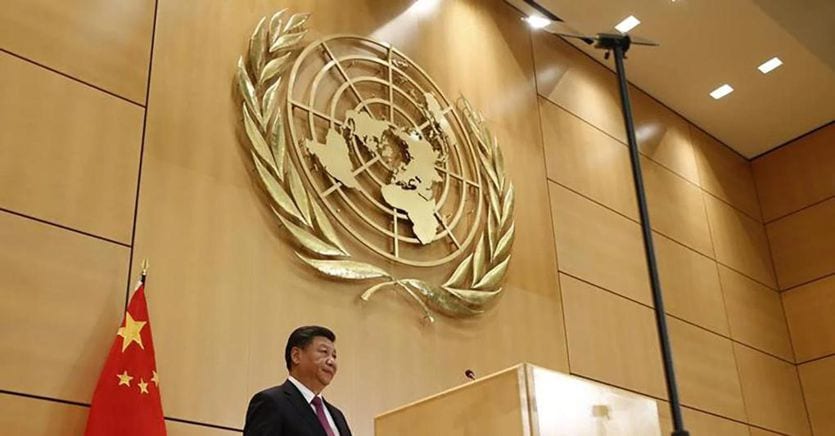 On October 25, 1971, at its 26th session, the United Nations General Assembly adopted Resolution 2758 by an overwhelming majority that allowed China to enter as the sole representative to the United Nations. As Beijing celebrates the anniversary, US and Taiwanese officials are meeting to discuss the island’s “important” UN role by discussing plans to allow it to “meaningfully participate” in the United Nations.

It’s been 50 years since Beijing joined the United Nations, and China is celebrating its anniversary, but as the weekend approaches, the latest step in the dialogue between Washington and Taipei has taken place.
The US State Department said “high-level representatives” from the US State Department and Taiwan’s Foreign Ministry discussed “the expansion of Taiwan’s participation in the United Nations and other international fora.”

The strategy will be discussed in a video meeting that will add fuel to the fire after Joe Biden said last week to renew support for Taiwan in the event of a Chinese attack. The United States should be “cautious in its words and actions on the Taiwan issue and not send false signals to the separatist forces aiming for Taiwan independence, so as not to seriously damage Sino-US relations for the sake of peace and stability in the Taiwan Strait.” Foreign Minister Wang Yi said.

China considers the UN seat the clearest evidence of the “one China” principle, according to which it repudiates the sovereignty of Taiwan, a Chinese province that will have to return home sooner or later.
On the contrary, Taiwanese accusations are making their way: China allegedly abused Resolution 2758, that is, the resolution would have decided the issue of China’s representation in the UN, but Taiwan’s participation would remain unresolved.