Because of record levels of greenhouse gases in the atmosphere: Temperatures in many parts of the world are above average – Panorama Society 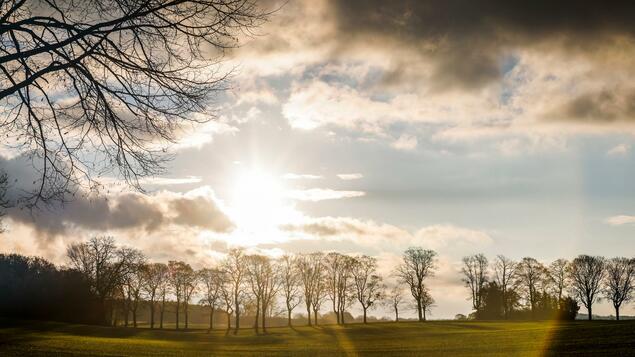 According to the World Weather Organization (WMO), La Niña weather phenomenon with cooling effect can be observed in the Pacific region for the second year in a row. The World Meteorological Organization (WMO) said Tuesday in Geneva that it is likely to continue until the beginning of 2022 and, according to forecast models, will be milder than in 2021.

Despite La Niña, average temperatures in many parts of the world this year are above the long-term average. This is due to the record amount of greenhouse gases in the atmosphere, according to the World Meteorological Organization. It expects a mild winter in most of Europe.

Coal phase-out, climate change, and intersectoral coupling: a summary of the energy and climate sector. For decision makers and experts from business, politics, associations, science and NGOs.

Northeast Asia, the Arctic as well as the eastern part of North America are likely to be warmer, while northeastern North America, Australia, Southeast Asia, and the Indian subcontinent are likely to be cooler than usual. Because of La Niña, she said, 2021 will not be the hottest, but it will be one of the 10 hottest years, compared to the average from 1850 to 1900. 2016 was the hottest year.

La Niña describes the differences in air pressure that are particularly high in the Pacific Ocean between South America and Indonesia. As a result, warm surface waters are pushed into Southeast Asia and cold waters flow upward from the depths. This is followed by an increase in atmospheric circulation with cooler air, which also reaches the Atlantic Ocean. This has an effect on precipitation. La Niña is the opposite of El Niño, a climatic phenomenon that has opposite effects. (dpa)