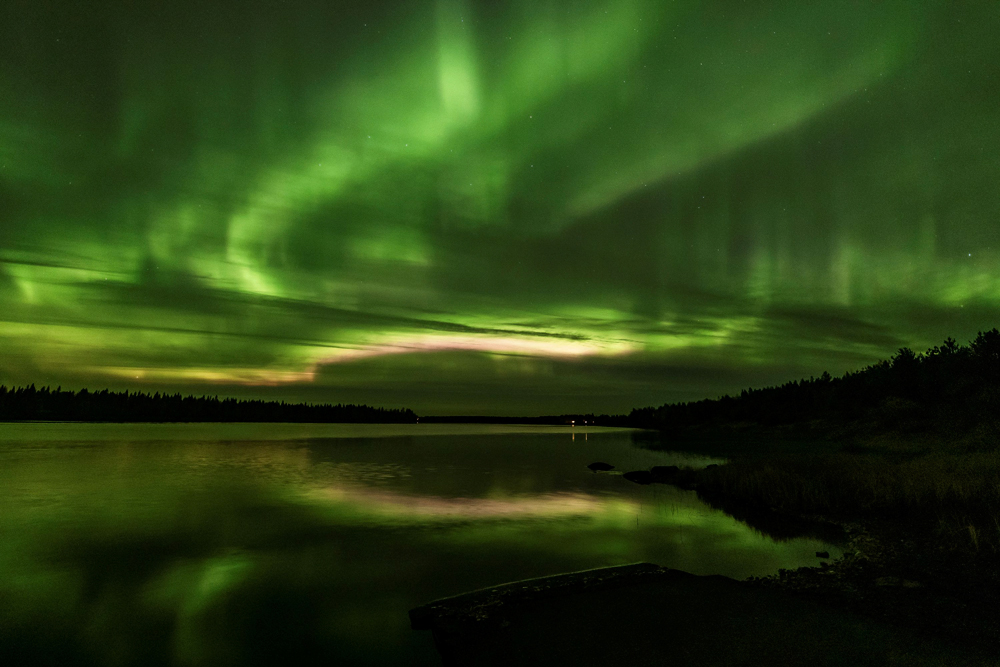 The Aurora Borealis is always a sight to behold. This photo depicts the sky near Rovaniemi, Finland, taken on September 25th.

These phenomena vary greatly in shape and size, as they form near the magnetic poles of the Earth. When observed in the northern hemisphere, it is called the northern lights and in the south the southern lights.

We tell you the pictures: Unusual natural phenomena (Photo Gallery)

In the regions where these phenomena occur most often, the regions within the polar circles, there are auroras about 100 times per year.

Most of these phenomena arise within the ionosphere, in the layers of the atmosphere ranging from 100 to 150 km in height.

The physical process that gives rise to the aurora is similar to that produced by colored light from neon tubes, which has its origin in the roasting of an electric discharge via a low-pressure gas.

In the case of auroras, the role of electrical discharge is performed by a current of energetic electrons from the sun, which is accelerated by the Earth’s magnetic field. (Reuters)