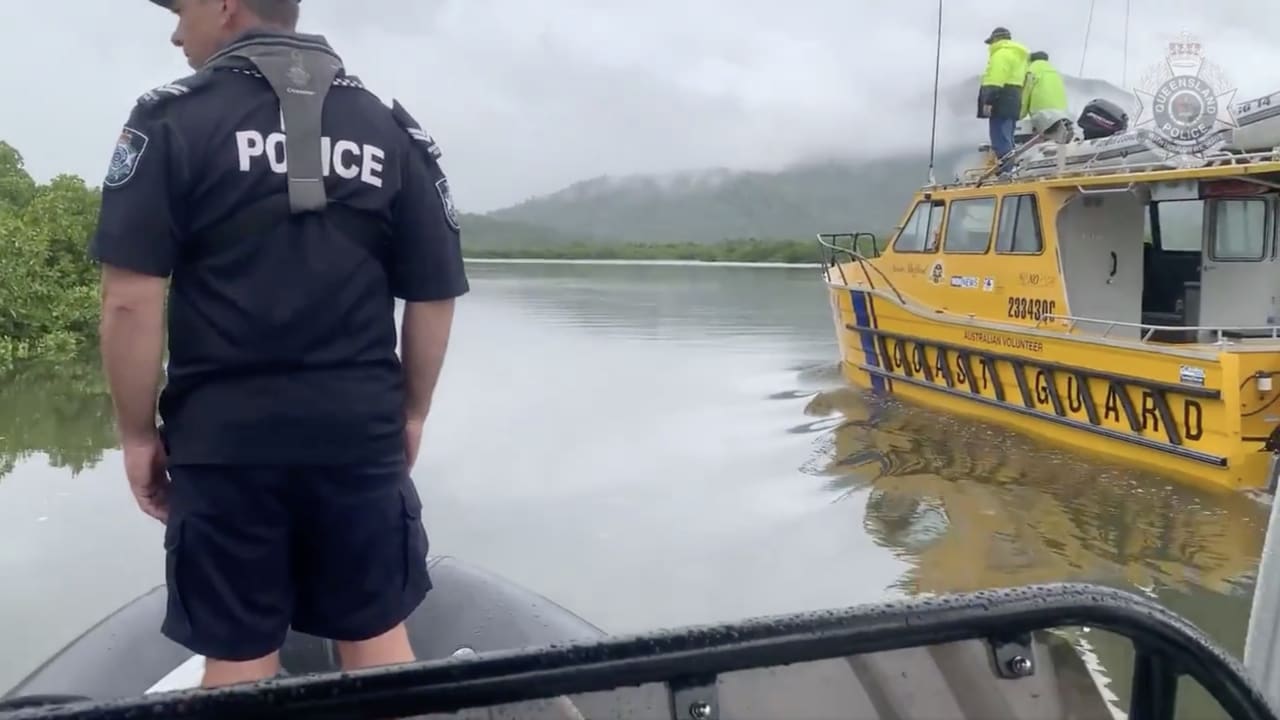 While searching for a missing hunter, Australian investigators found human remains – in the stomach of a giant crocodile.

Andrew Heard, 69, set out last Thursday for fishing near Henschenbrook Island in Queensland, according to police. The man did not return home.

During the search, investigators found traces of Heard and captured a four-foot-long crocodile. This was killed and opened, according to reports by the Queensland Department of Environment and Science (DES). A second specimen, slightly smaller, three meters long, was also captured.

“At this point we can only confirm that we have found human remains in the first crocodile,” Investigative Inspector Andrew Coy told a news conference on Monday. Both crocodiles were caught in the area where Heard was hunting. The second animal is currently being examined. “I think she was also involved in the killing,” he said. It shows the effects of the accident. It is not known what these are.

The fisherman’s boat was also secured. I have been damaged. “This is a tragic accident,” Coy warned. “He should teach us to be careful. It is very important that people are aware of their surroundings – all over the north. Cowie warned that there are snakes and crocodiles when you are outside in the jungle.”

Another hunter told the Australian TV program “7News” that he too was attacked by a large crocodile in the area. But for him, things went well. “It was the length of our boat.” The man said, “It really shocked and frightened us.”

It was only at the end of January that a man in Queensland escaped spectacularly from a crocodile. The 44-year-old was swimming in a lake when his creeper bit him. The man was able to open the mouth of the animal with his bare hands and save himself.