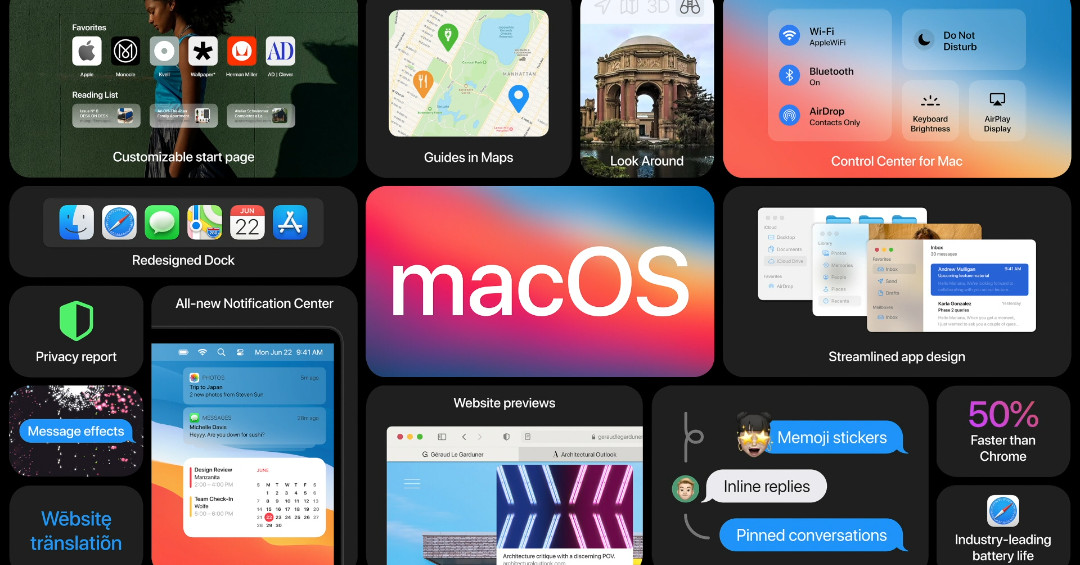 Apple says it will release macOS 11.0, nicknamed Big Sur, on November 12. The company first announced the new OS at its developer conference in June and released it as a public beta in August. This will be the first macOS to support Apple’s new M1 laptop chip. Once you download the free new update, you will likely immediately notice the design and aesthetic changes, many of which are taken from iOS.

Firstly, Big Sur comes with a customizable control center where you can toggle brightness, do not disturb, and other settings of your choice. It also includes a new notification center that will keep all of your notifications and widgets (also redesigned and available on the App Store) in one column, sort notifications by most recent, and group related notifications together. Both interfaces are semi-transparent, just like iOS. Other changes include longer menu bars, changes to font color based on the desktop background, and more transparent windows.

Some apps, like Mail and Photos, also receive design updates, and a new version of Maps for Mac ships with the OS. This update features custom guides, 360-degree location views, bike and EV directions (which you can send directly to iPhone), and live updates to shared expected time of arrival, congestion areas, and indoor maps.

In addition to design changes, Big Sur includes privacy-focused features, such as an update to Safari called a Privacy Report that lists cross-site trackers that the browser has blocked over the past 30 days, as well as a password monitor that Safari helps you upgrade to secure passwords. Traffic if you discover that any of your saved passwords are involved in a data breach. The Big Sur app store will now also include the types of data apps it may collect and whether the data is shared with third parties for tracking.

Finally, Apple also says that Mac screens will turn on when opened, similar to how the iPhone lights up when it’s taken.

There is much more in the update, which you can read fully here and try for yourself on November 12th.