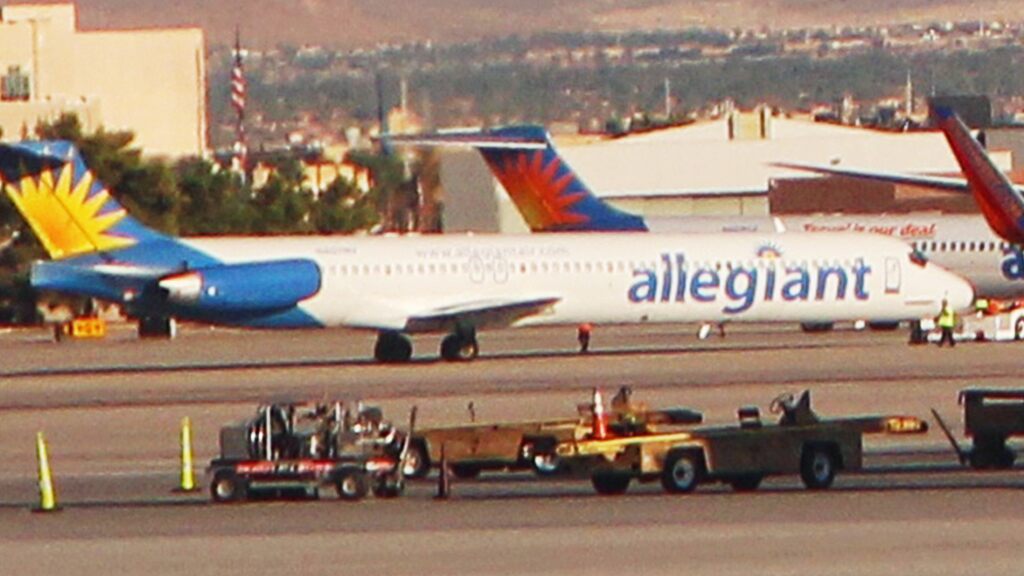 A man was flown off an Allegiant Air flight Monday morning to Ponta Gorda, Florida after he asked a flight attendant to put on a face mask, according to Transfer By Newsweek.

In a video posted on Twitter, it appears that an elderly man is not certified after a stewardess wearing a mask tells the man to leave.

The user who posted the video said the man was “kicked out.” allegiant The airline this morning is from Punta Gorda Florida this morning because he asked the flight attendant why he had to wear a mask and she shouldn’t have worn one. “

An Allegiant spokesperson told FOX News that the passenger was removed for violating Federal Aviation Administration regulations by “the repeated and forceful disruption of a pre-safety briefing” after the flight attendant briefly lowered her mask to speak into the public speech microphone so the announcement could be understood, citing passengers who said they don’t They can hear clearly.

“Then the passenger was broken,” the spokesman said. “This was not a“ request. ”The stewardess’s mask was back in place right after the announcement.

According to Allegiant, face coverings are required for all stages of travel, including at the ticket window, the gate area, and during the duration of the flight. They also indicated that every airline passenger is provided with a mask and disinfectant wipes and that the health clearance questionnaire required upon check-in includes an agreement to wear a mask throughout travel.

However, the incident prompted other users to turn to Twitter with their own experiences with hosts, whether they were wearing masks incorrectly or not following the protocol completely.

Meanwhile, another user described the airline as “not reckless” because of the mask policy.

The airline has just been named one of the 10 safest North American airlines to fly with during COVID-19, according to Travel pulse.