American warships do not enter the Black Sea 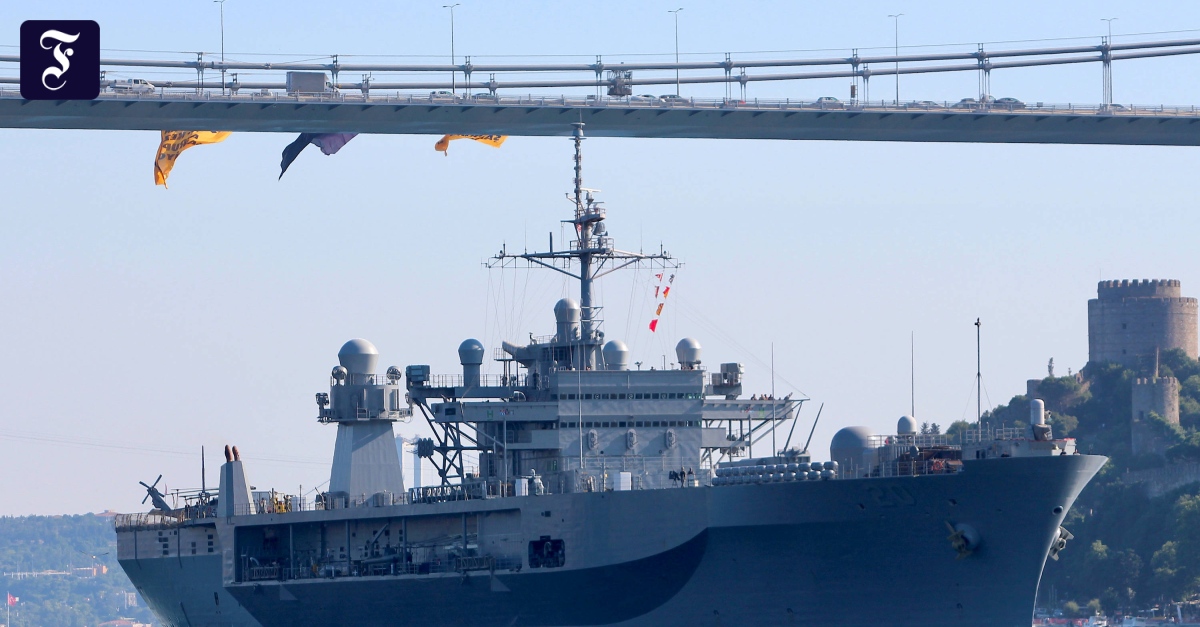 DrThe United States has canceled sending two warships to the Black Sea, according to Turkey. The first ship to be sent to the region against the backdrop of heightened tensions between Russia and Ukraine did not arrive as planned on Wednesday, according to Turkish diplomatic circles.

The state-run Anatolia News Agency reported that the dispatch of the second ship, which was supposed to arrive on Thursday, had been notified. Ankara has not been informed of a possible new arrival date for the ships.

Up to three weeks in the Black Sea

According to Ankara, the United States announced its plan last week. Washington has not yet confirmed publication or cancellation. A Pentagon spokesman, John Kirby, did not want to comment on the reports last week – but stressed that the United States “routinely” has warships in service in the Black Sea.

According to Ankara, the US ships should remain in the area until the beginning of May. According to a 1936 international agreement, Washington must notify Ankara of the project at least two weeks before sending warships across the Bosphorus and the Dardanelles. The agreement allows foreign warships to stay in the Black Sea for a maximum of three weeks.

After the announcement, Moscow spoke of a provocation and warned the US government against the arrival of warships. The Russian Black Sea Fleet is stationed in the Crimea. Russia annexed the Ukrainian peninsula in 2014 and accepted it on its soil after a referendum, which was not recognized by Ukraine and the West.

Currently there is a growing international concern that the conflict between Russia and Ukraine could escalate. According to Ukrainian information, Russia withdrew 41 thousand soldiers on the border with eastern Ukraine. Moscow talks about “combat training”. In eastern Ukraine, there has been increased fighting between the pro-Russian rebels and the government army since mid-February. US President Joe Biden recently contacted Russian President Vladimir Putin in a phone call for de-escalation and suggested holding a summit in a third country.

READ  NFL Week 6 will happen as planned, and no more positive test has been reported