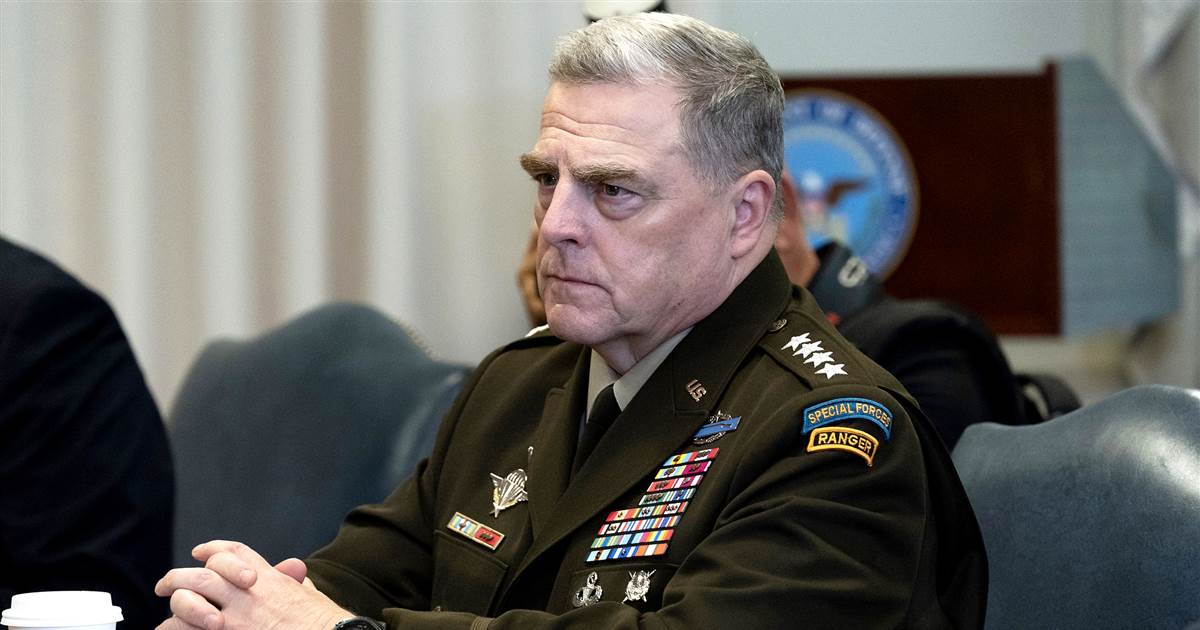 Three defense officials said that seven members of the eight-member Joint Chiefs of Staff are now under quarantine after attending a meeting in the Pentagon on Friday with a Coast Guard Admiral who tested positive for the Covid-19 virus.

The officials said the Chairman of the Joint Chiefs of Staff General Mark Milley is under self-quarantine, as are Vice President General John Heitin, Lieutenant General John Raymond of the Space Force, and Gen. Charles K. Brown is from the Air Force and Army. Chief of Staff General James McConnville, Chief of Naval Operations Admiral Mike Gilday and Commander of the National Guard, General Daniel Hukanson.

Officials said the Deputy Coast Guard Commander, Admiral Charles Ray, attended a secret meeting in the Pentagon room called “The Tank” on October 2. Ray later tested positive for Covid-19, and now everyone who was in that meeting is now in quarantine.

The meeting was also attended by Director of the National Security Agency, General Paul Nakasone, who is in self-quarantine.

Admiral Ray was attending the “tank” meeting instead of Coast Guard Commander Admiral Karl Schultz, who was scheduled to attend the meeting but is not a member of the Joint Chiefs of Staff. Schultz is not in quarantine.

Officials said none of the quarantines is showing symptoms at this time.

Presidents will quarantine themselves for the remainder of this week and the first part of next week.

Pentagon spokesman Jonathan Hoffman released a statement saying that “other chiefs of services” along with Admiral Raye were in quarantine, but did not name the individuals.

“We are aware that the deputy commander tested positive for Covid-19 and that he was at the Pentagon last week for meetings with other senior military leaders,” Hoffman said. Other chiefs of services were among those present at the meeting. We are conducting additional contact tracing and taking appropriate precautions to protect the strength and mission. Out of extreme caution, all potential close contacts from these meetings are subject to self-quarantine and tested this morning. There have been no symptoms on Pentagon Communications and we have no additional positive tests to report at this time. “

“There is no change in the operational readiness or mission capability of the United States Armed Forces.… The Department of Defense has been following CDC guidelines since April regarding temperature testing, social distancing, and wearing masks to the maximum when social distancing is not possible. He will continue to do so. “

Courtney Kube is a reporter covering national security and the military for NBC’s Investigative News Unit.