According to Turkey, the United States is sending warships to the Black Sea 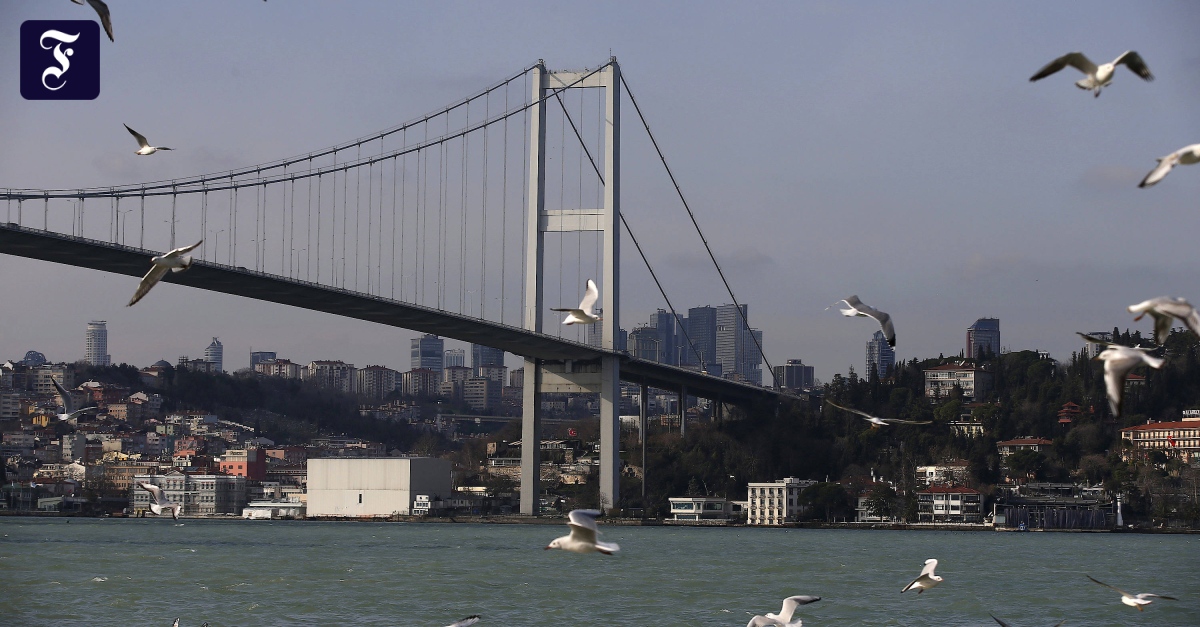 DrTurkish sources said that the United States is sending two warships to the Black Sea. A Turkish Foreign Ministry spokeswoman told Deutsche Presse-Agentur Friday that Turkey informed the passage through the Bosphorus strait 15 days ago through diplomatic channels. The ships were to remain in the Black Sea until May 4. The exact date of the planned pass was not clear at first.

According to the Treaty of Montreux, Turkey has sovereignty over the Bosphorus and the Dardanelles, which connect the Mediterranean and the Black Seas. Merchant ships from all countries have freedom of passage in peacetime. There are restrictions on marine vessels.

Initially, it was not known if the measure was linked to the renewed escalation of the conflict in eastern Ukraine. US President Joe Biden’s spokeswoman, Jane Psaki, said recently that the United States “is increasingly concerned about the recent escalating Russian attacks in eastern Ukraine.” There are now more Russian soldiers on the Russian border with Ukraine than there have been since 2014. In addition, five Ukrainian soldiers were killed this week alone. “These are all very worrying signs,” Psaki said.

On Thursday, Dmitry Kusak, deputy head of the Russian Presidential Administration and Ukraine’s representative to President Vladimir Putin, threatened Russian intervention to “protect” Russian citizens in the Moscow-controlled “People’s Republics” in Donetsk and Luhansk. Against the backdrop of a Russian march on the border with Ukraine and in the annexed Crimea peninsula, Kusak in Moscow described the government in Kiev as “children with matches”. Now everything depends on the extent of the fire. If there is Srebrenica there, as our president says, we will obviously have to step in to protect it. “

Since 2019, and despite Ukrainian and international protests, Moscow has issued hundreds of thousands of Russian passports to residents of the “People’s Republics”. In the same year, Putin suggested that residents of the “People’s Republics” could be slaughtered like some 8,000 Bosnian Muslims in Srebrenica in 1995 if Kiev regained control of the territory without giving any guarantees. There is absolutely no evidence of such massacres. On the other hand, there are historical precedents for offensive “protection” of Russian citizens in neighboring countries.

Then Prime Minister Dmitry Medvedev argued this way at the end of February 2014, right before the invasion of Crimea. Also, when Russian forces entered Georgia in August 2008, Medvedev, at that time as president, justified it with a commitment “to protect the life and dignity of Russian citizens, wherever they are.” In previous years, Russia issued passports to residents of the breakaway Georgian regions of Abkhazia and South Ossetia.

Kusak, Putin’s Ukrainian man, also warned Kiev against “the start of military action – this is the beginning of the end of Ukraine.” He also warned Ukraine against joining NATO, as President Volodymyr Zelensky aspires to. According to Cusak, such accession would be “the beginning of the disintegration of Ukraine.” However, the country’s accession to NATO is not on the agenda, nor is the so-called membership action plan. However, the Russian Foreign Ministry repeated the Cossacks’ threats on Friday.